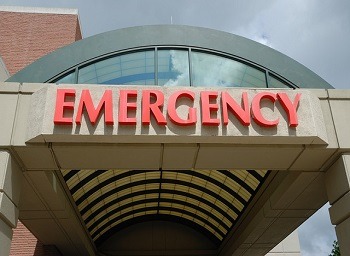 I’m Ed Smith, a Sacramento personal injury lawyer. Brain injuries happen every day in this country. However, unless it happens to you or someone close to you, odds are you are not aware of how insidious it can be. That was the case with Alex Trebek, a well-known game show host. Recently, he talked about his ordeal, warning others to be alert for symptoms that might indicate a brain injury.

The long-time host of “Jeopardy” recently took to the air to discuss the aftermath of suffering a traumatic brain injury. In October, Trebek suffered what he described as a serious fall. Two months later, in December, he was told he had developed a subdural hematoma and underwent surgery to remove pressure on his brain. He has spent the time since his surgery recovering at home and is expected to return to the show. Since “Jeopardy” tapes months in advance, scheduling has not been affected.

A subdural hematoma is a type of traumatic brain injury that usually results from a fall or a car accident. Annually, 1.7 million people suffer a traumatic brain injury, ending in death for 52,000. Many older people are diagnosed with a subdural hematoma each year, and it has been designated as one of the main reasons for brain surgery among those 65 and older. Eighty percent of those afflicted with a subdural are treated and survive. Approximately, 33 percent of those afflicted require surgery, while 66 percent of subdurals resolve on their own. When surgery is not done, the patient must be monitored carefully for additional symptoms. Repeat CTs are done to watch if the hematoma is getting smaller or enlarging.

A blow to the head, which can be minor, causes blood to accumulate under the surface covering of the brain called the dura mater. The dura is the outermost member of three membranes that cover the brain. When the head is injured, blood can accumulate below the dura, trapped between the dura and the arachnoid membranes. This ultimately puts pressure on the brain and increases the intracranial pressure (pressure within the skull). Normally, the body maintains a stable ICP. When the ICP rises above normal, it can cause significant damage to brain tissue.

There are two types of subdural hematomas, acute and chronic. Acute hematomas usually result from a serious head injury. They are fatal 50 to 90 percent of the time. Up to 30 percent of patients have partial or full recovery. Rapid treatment is a life-saving factor.

Chronic subdural hematoma results from repeated or minor head injuries. Thirty-three percent of cases occur in those over 80. Difficulty maintaining balance when walking leads to an increased number of falls. Drinking and the use of blood thinners both can affect the ability of the blood to clot. Even obesity can affect clotting due to an increase in the hormone estrogen. Overall, the fragility of the veins in older individuals coupled with a widening space between the membranes and the brain due to brain shrinkage leads to a higher frequency of chronic subdurals.

Evolution of a Chronic Subdural

Chronic subdurals may take days to months to become symptomatic. They are visualized on a CT scan. Depending on the severity of the symptoms and the size of the hematoma, surgery may or may not be needed. Generally, a hematoma that is larger than one centimeter at the widest point requires surgery.

Symptoms commonly seen with a subdural hematoma are:

If surgery is needed, a craniotomy is performed for large subdurals. The blood clot is removed by suction through the part of the skull that is removed. If the subdural is small, the clot may be removed by drains placed in a smaller hole burred through the skull. Prognosis varies and seizures are common after the surgery.

I’m Ed Smith, a Sacramento personal injury lawyer. TBI takes both a physical and economical toll. When you or your family member has experienced a traumatic head injury due to negligence, you may be facing steep medical bills and loss of income. Calling an injury lawyer helps in securing compensation for such damages. Reach out to me at (916) 921-6400 locally or (800) 404-5400 long distance. I’ll provide you with friendly and free advice.

I’ve helped many residents of Sacramento over the past 35 years as a personal injury lawyer in wrongful death lawsuits and car or truck accidents.

There is a group of trial lawyers nationwide who have won $1 million for clients. They are the Million Dollar Advocates. I am a California member.

Learn more about me from Avvo, Yelp and Google where former clients provide reviews and make comments.

Take a look at my settlements and verdicts in past cases.

Read more about personal injury law on AutoAccident.com, my website, I built and own.