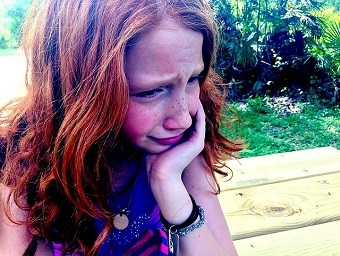 I’m Sacramento wrongful death lawyer Ed Smith. Wrongful death is a subject that most people don’t know much about until they are faced with losing someone they love due to the wrong actions of another person. One question that commonly arises is how the financial loss is calculated following the loss of a loved one. Let’s take a look at the economic and noneconomic damages involved in a wrongful death lawsuit as well as California law. Economic damages include the financial support the decedent would have provided his/her dependents if that person had lived. This generally consists of the spouse, children or others who lived in the household and were supported by the decedent financially by at least 50 percent. Economic damages also include the funeral and burial expenses. Other economic damages in a wrongful death lawsuit are generally calculated on the following:

Noneconomic Damages are those that have an emotional, personal value rather than a financial one. Noneconomic damages do not include the grief or mental anguish of family members because of the loss of their loved one. The way this is supported in wrongful death lawsuit is to collect information from co-workers, friends, and others who knew the decedent and were familiar with how the death would affect surviving family members. Some examples of noneconomic damages are as follows:

Wrongful death is a type of personal injury that falls under the California Code of Civil Procedure Article 6. Article 6 spells out who is eligible to claim a wrongful death such as spouse, children, stepchildren if they received at least 50 percent of their support from the decedent and others. Under personal injury law, the family has up to two years to file a claim. However, it is advisable to file as soon as possible. An experienced wrongful death lawyer can help by gathering the evidence to support a case for fair compensation.

Hello. I’m Ed Smith, and I’m a Sacramento Wrongful Death Lawyer. If you lost a loved one because of the negligence of another person or entity, an experienced attorney can help recover financial compensation. Give me a call at (916) 921-6400 or toll-free at (800) 404-5400 anytime my free, friendly legal advice.

One of the groups I belong to is the Million Dollar Advocates, a forum for those trial attorneys who have garnered client settlements/verdicts of at least one million dollars.

I’ve helped Sacramento residents and others around Northern California for more than 36 years to obtain compensation for their injuries such as brain injuries, wrongful deaths and different types of motor vehicle accidents.

To see how some previous cases handled by my firm concluded, click here Settlements and Verdicts.

Knowing what others say about a legal practice is important when seeking representation for your claim. You will find information about my law firm at the links below: