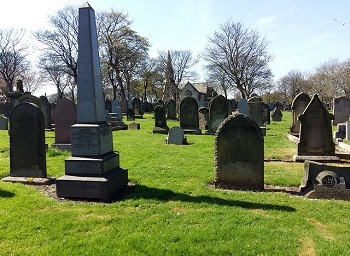 I’m Ed Smith, a wrongful death lawyer in Sacramento. Aggressive driving, better known as road rage, is more common than most motorists think. According to the AAA Foundation for Traffic Safety, aggressive driving contributes to more than 50 percent of fatalities on the roadway.

What Are the Characteristics of an Aggressive Driver?

The American Psychological Association reported the following characteristics that aggressive drivers may exhibit:

What Aggressive Driving Behavior Do Drivers Admit To?

The AAA Foundation conducted a study released last year asking exactly that. Eighty percent of drivers admitted to having exhibited aggressive behavior behind the wheel of a vehicle at least one time during the year. The following numbers admitted to the following:

How to Avoid Aggressive Driving

WebMD offers helpful suggestions to avoid driving aggressively. These include:

When aggressive driving ends in a fatality, the family of the decedent may be left in what might be described as a precarious financial position. Family income is often drastically reduced due to the loss of the deceased’s input. The ability to pay bills as well as the end-of-life expenses the family must pay is reduced. An experienced wrongful death lawyer in Sacramento can help in obtaining compensation for the financial losses the family is experiencing.

Losses the Family Can Recoup

Some of the losses the family of a decedent can recoup are:

I’m Ed Smith, and I’m a wrongful death lawyer in Sacramento. If someone in your family was killed because of a road rage accident or other negligence, you need the help an injury lawyer can provide. Call me in Sacramento at any time or (800) 404-5400 if you are outside of the calling area. If you’d rather contact me online, go to my contact us page. I will be here to provide friendly and free advice.

I’ve helped my neighbors in Sacramento for more than 35 years with pedestrian, truck and other accidents such as burns. I’ve been here for clients when catastrophic injuries such as traumatic brain trauma happened. I do everything I can to make sure clients are adequately compensated.

There is a forum of top-ranked trial lawyers throughout the United States who have won $1 million settlements and verdicts. I am a member of the Million Dollar Advocates from California.

See what my former clients and some peers have to say about my law practice on:

You can also check on some of the ways I resolved other cases on my verdicts and settlements page.