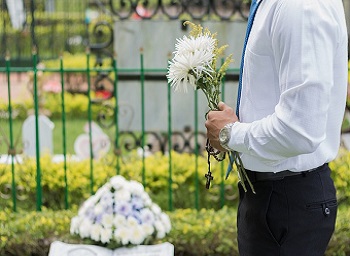 Filing for Wrongful Death in California

Under the California Code for Civil Procedure section 337.60, those who file a wrongful death lawsuit must have a strong connection to the deceased party in order to claim damages. This includes the following:

Damages in a Wrongful Death Lawsuit

Financial loss due to the death of the decedent constitutes the damages that can be obtained. This covers different areas of loss, such as:

When the decedent died due to grossly negligent or intentional wrongdoing, punitive damages may be recouped. Such damages are also often used to prevent similar actions by the wrongdoer in the future. However, in California, punitive damages are only recoverable through a survival action lawsuit.

Survivor actions represent a personal injury lawsuit filed for the decedent for damages that he or she suffered before their death. By its nature it requires that the individual suffered economic loss prior to death. It covers the pain and suffering the decedent consciously felt. The damages may be structured to include the extent and duration of the pain and the decedent’s knowledge that death was imminent.

Time Limit for Filing a Wrongful Death Claim in California

California has a strict limit on the time within which you may file a wrongful death claim. This statute of limitations is two years from the time the person died. If the death was due to medical malpractice, the statute of limitation is for three years or one year from the time of its discovery. If the death is due to government negligence, you have six months to file a claim against the government.

I’m Ed Smith, a Sacramento wrongful death lawyer. All accidents can have serious consequences; however, it is devastating when you lose a family member due to the negligence of another person. If you have lost a loved one in an accident caused by another individual, call me in Sacramento at (916) 921-6400 or (800) 494-5400 if you live outside the area. I am here for you in your time of difficulty with my friendly, free advice.

Find reviews by previous clients at Google and Yelp. On Avvo, you can find both client reviews and comments by my peers.

As a Million Dollar Advocates California member, I am honored to belong to a group of top rated trial attorneys with $1 million verdicts and/or settlements for their clients.

Information about a law practice is important when seeking legal representation. Please visit Verdicts and Settlements on my site, autoaccident.com, for a list of some of our cases and their results.

After working as an injury lawyer for 35 years, I have represented many citizens of Northern California, including Sacramento, with their wrongful death claims and traumatic injury cases to be awarded fair compensation for their losses.