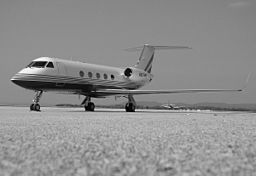 I’m Ed Smith, a California wrongful death lawyer. Happily, wrongful deaths due to surrounding air travel has seen marked improvements each year.  The fatalities for airline operations in 2015 was one of the lowest ever – 1 per 5 million flights. This is marked improvement over the previous ‘best’ year of 2014 which saw fatalities at 1 per 2.5 million flights.  This is a huge sigh of relief both for passengers, maintenance workers, airlines, and airline employees.  This improvement has been phenomenal considering that back in the 1970’s there was an average of 1,289 deaths due to plane crashes each year.

What factors have contributed to the marked decline of wrongful deaths on airplanes? Principally, improved engineering.  These improvements include the fact that today’s planes have increased ‘automated’ function thus decreasing the possibility of human error.   Additionally, ‘safe systems’ exist on planes which helps pilots avoid mid-air collisions.  These safety systems help airline pilots recover their senses when they have lost ‘situation awareness.’  Also contributing to improved safety, is the refinement of satellite based navigation technology in the last decades.

In recent years, airline crashes resulting in wrongful deaths, are carefully investigated with the goal of not just understanding why the crash occurred but with the primary goal of what can be done to reduce this from causing a future airline crash.

Airlines are currently putting into place greater protections for employees of airline companies (such as mechanics and pilots) to come forward and report errors and mechanical issues to their employers without fear of retaliation in the work force.  This has created an environment that puts the safety of the passengers and employees over the economic gains of the airline businesses.

It should be noted that a look into the data published regarding the decrease of wrongful deaths due to airlines do not take into account intentional acts, including acts of terrorism.  For instance, the 2015 death toll does not include those who perished when a pilot suffering from emotional disturbance deliberately flew his plane and its passengers into the French Alps nor does it include the Russian airplane shot down over Egypt.  At present, airlines are facing pressure to improve pilot evaluations to spot emotional trouble among their pilots.  Unfortunately, at present, the greatest amount of wrongful deaths involving air travel result from deliberate acts of terrorists or emotionally disturbed pilots.

Lawsuits involving a wrongful death while on an airplane means that a person may have a claim against multiple parties which can include but are not limited to the airline involved, the owner of the aircraft, the planes manufacturer, the manufacturer of the plane parts, the maintenance provider of the airplane, the pilot, and/or the airport operators.  Additionally, the government controlling the air space may have liability.  Due to the complexity of these wrongful death suits, it is vital that one consult with an aviation accident lawyer.  Additionally, as the air space and airlines involved may be owned by governmental entities, it a vital that an aviation accident lawyer specializing in wrongful death suits, be contacted so that the suits can be filed prior to the expiration of the statue of limitation and in accordance with the laws of the country involved.

The improvement in airline engineering has decreased the litigation involving wrongful death claims against airline carriers and plane manufacturers.  Nonetheless, should someone find their family involved in such a tragic circumstance, please seek appropriate legal help to protect your rights.

I handle serious cases involving wrongful death and fatalities.  You can find out more about my firm on Yelp and Avvo and Google.

I am proud to be a member of the Million Dollar Advocates Forum.  This Forum is a prestigious fellowship of trial lawyers who have won multiple million dollar verdicts on behalf of their clients.

To review our past verdicts and settlements, click here.