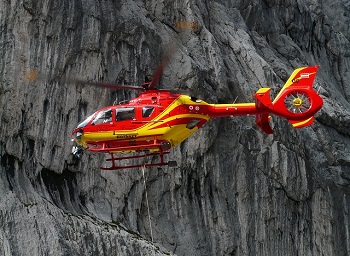 I’m Ed Smith, a Modesto car accident lawyer. A motor vehicle accident near Denair on November 4 injured a local woman after her vehicle exited the road.

I would like to extend my hope to the injured woman and her family and friends that she will soon recover from her injuries.

According to a representative of the California Highway Patrol (CHP), a woman was driving a Mitsubishi Lancer along Hawkins Road at Denair, which is a rural area, shortly after 4:00 in the afternoon near East Keyes and Lake roads when her vehicle exited the road. At this point, the vehicle struck a power pole, shearing the pole off, and the woman was ejected from the vehicle and became entangled in barbed wire. A medical helicopter was summoned to transport the injured woman to a Modesto medical center for treatment. There has been no word as to her condition as of the time of this report. Alcohol is thought to have played a role in the car accident since a partial bottle of vodka was found on the car’s roof.

According to the National Highway Traffic Safety Administration, an impaired driver is killed each hour in the United States, averaging 29 per day as of 2016 with a total of 10,497. This means that 33 percent of all crash fatalities are due to drunk driving. In such cases, at least one driver has a blood alcohol concentration of 0.08 or higher. Beyond the cost to human life, financial loss is about $44 billion yearly. Data suggests that the number of drunk driving deaths have risen modestly each year since 2014. Aside from the drunk driver, a total of 10,265 pedestrians and others not in a motor vehicle were killed by drunk drivers along with 1,816 passengers.

Attributes of a Drunk Driver

Males are more likely to drive drunk than females by a factor of 21 percent to 14 percent, according to the Insurance Information Institute. The highest number of age-related drivers were those between the ages of 21 and 24. The number of drunk drivers in subsequent age groups drops until it reaches drivers 74 years old where it is six percent. Motorcycle drivers (27 percent) are most likely to be impaired compared to drivers of passenger cars (21 percent).

Consequence of Drunk Driving in California

When a driver is stopped and charged with drunk driving, their licence is confiscated, and he or she is handed a notice of suspension. While this suspends the driver’s license, it provides the person with driving privileges for 30 days. The driver has a right to an administrative hearing where, along with their attorney, the person can contest the suspension and request reinstatement. If the matter is contested, the driver must make contact with the Driver Safety Office within 10 days. If this is not done, the ability to contest the situation will vanish, and the driver’s licence will be suspended after the 30 days are up.

California has a zero tolerance for drunk driving in those under 21 years of age. That means that if the drivers BAC level shows any alcohol, the driver’s license is immediately suspended.

Apart from fatalities due to drunk driving accidents, a number of other injuries have been linked. Some are catastrophic injuries like brain trauma and amputations. Others are serious and often life-threatening injuries, such as chest trauma.

I am Ed Smith, a Modesto car accident lawyer. When someone you loved is killed by a drunk driver or if you have been injured by one, you need the experience a seasoned injury lawyer can provide. Phone me anytime to receive friendly, free advice. I can be reached at (209) 227-1931 in Modesto and the surrounding area or (800) 404-5400 nationwide. If it is more convenient for you to contact me online, just click here.

I’ve worked with Modesto residents and others in Northern California since 1982 on wrongful death cases or traumatic injury claims.

Want to know about my legal practice? Take a look at Avvo, Yelp and Google. You can also see some of the results I’ve achieved on my settlements and verdicts page.

I belong to an exclusive forum, seen on their website at MillionDollarAdvocates.com. Only trial lawyers who have won $1 million or more for clients are invited.

Stay on AutoAccident.com, the website I own and founded, and take a look at more personal injury topics.