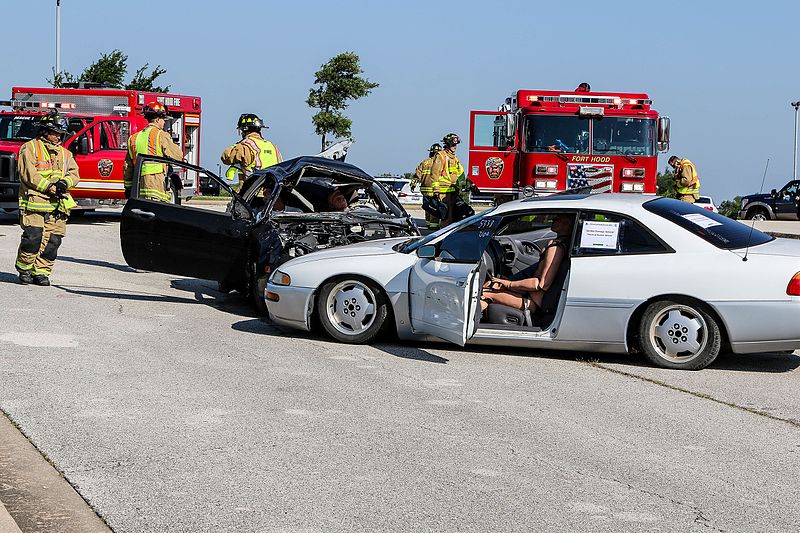 Public Information Officer David Harvey from the California Highway Patrol reported that the collision occurred at about 10 a.m. at the Interstate 80 at the on-ramp close to Georgia Street when a blue Dodge Dakota pickup truck, driven by a 54-year-old woman from Vallejo, entered the freeway and crashed into the front end of a large white Peterbilt big rig that was being driven by a 62-year-old male from Antigua.

Officer Harvey explained that the collision between the Dakota and the Peterbilt caused the big rig to veer into the far left lane and crash into a white Scion tC sedan, smashing the sedan and its occupant, a 70-year-old Vallejo woman, into the concrete median divider in the center of the highway and trapping the elderly woman inside her destroyed vehicle.

The California Highway Patrol, as well as firefighters from Station 21 of the Vallejo Fire Department, responded to the accident and worked to rescue the trapped woman from the wreckage of her vehicle. According to Battalion Chief Dave Urrutia, the extrication was very complex and lasted 25 minutes. Urrutia also noted that the situation could easily have been much worse because the trailer of the big rig had landed on top of the trapped woman’s wrecked vehicle.

Videos taken of the scene depict the trapped woman moving her arms in response to instructions from emergency personnel during the extrication.

Contrary to the apparent seriousness of the wreck, and to the drastic outward appearance of the vehicles involved, medical officials reported that all three drivers that were part of the incident only received minor to moderate injuries as a result of the collision. Although their injuries did not seem to be serious, all were taken to a local hospital to be screened for major injuries that they may not have been immediately aware of.

The large accident caused a serious delay in traffic, as multiple lanes of Interstate 80 needed to be closed for around two and a half hours while workers were busy clearing the wreckage from the site of the collision. During the cleanup and partial closure of the interstate highway, traffic was backed up as far as the toll station for the Carquinez bridge. The California Highway Patrol reported that all lanes had been reopened by 12:30 p.m.

The cause of the incident, as well as who is to be held responsible for damages, is currently under investigation.

I’m Ed Smith, a Vallejo auto accident lawyer. If you or somebody important to you has suffered injuries or damage to property as the result of a car crash, please call us at (707) 564-1900 for completely free and friendly advice. Those outside of the 707 area code can reach me by calling my toll-free number, (800) 404-5400.

I’ve been helping individuals and families in the Vallejo area in receiving just compensation for damages in claims involving personal injury and wrongful deathfor more than 34 years.

Read more about our law practice at our website.

Before your phone consultation, I encourage you to check out our positive client reviews at these websites: Google, Avvo (a lawyer ranking site), and Yelp.

I’m a proud member a forum for attorneys who have won million and multi-million dollar settlements and verdicts, the Million Dollar Advocates Forum.