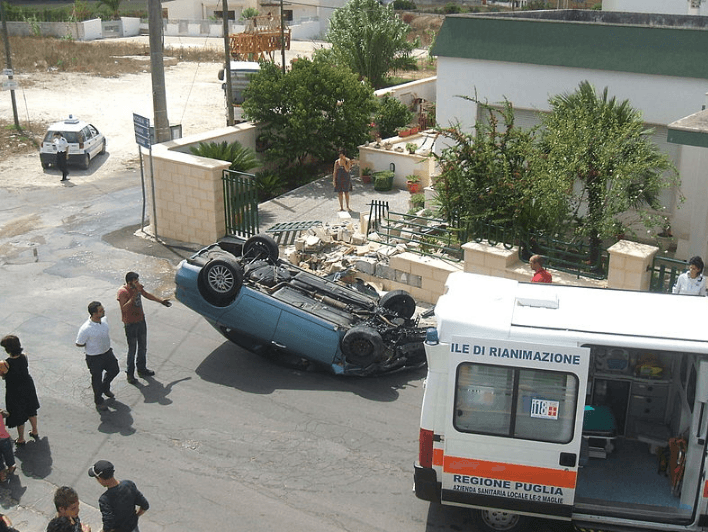 I’m Ed Smith, a Vallejo personal injury lawyer. A local woman suffered significant injuries in a rollover accident in Vallejo. Reports indicated that her young child was also involved in the accident.

Officials from the Vallejo Fire Department (VFD) told the public in an accident report that the collision occurred January 9, 2018 at approximately 8:00 a.m. The crash was initially reported as having occurred on the eastbound side of Highway 37 between Highway Interstate 80 and Fairgrounds Boulevard.

However, responders found that the sedan the woman had been driving rolled over during the accident and eventually landed on Sage Street near the Highway 37 exit. VFD spokesman Kevin A. Brown told reporters that the vehicle “rolled down the hill” before coming to a stop “on its roof against a chain link fence.”

Responders at the accident scene found that the sedan was in a precarious position. The child was reportedly able to exit the vehicle without assistance, but the mother required a complicated extrication.

Responders indicated that they first needed to stabilize the vehicle to prevent it from sliding further down the muddy embankment. After stabilizing the vehicle, they created a large opening so that the woman could exit.

Reportedly, both the woman and her daughter were fully alert and conscious and were able to answer questions at the accident scene. Both were put in an ambulance and taken to a local trauma center in order to be treated for injuries and to receive medical screenings.

California Highway Patrol (CHP) is conducting a full investigation into this accident. Officers haven’t yet commented on whether or not drugs or alcohol were involved in the accident. Investigators did mention that the accident is believed to have been partially the fault of recent rain storms making the streets slick and difficult to navigate. Also, traffic control at the accident site was provided by Vallejo Police Department (VPD) and CHP.

More than half of these auto accidents occurred on state-operated highways within Vallejo, with 116 occurring on Interstate 80, 24 occurring on Highway 780, and 28 on Highway 37. Additionally, 38 of injury rollovers in Vallejo involved motorcycles.

I’m Ed Smith, a Vallejo personal injury lawyer. Reckless motorists can often be held responsible for their careless actions. If you or somebody that you know has been killed or hurt in a collision, call (707) 564-1900, (800) 404-5400, or visit AutoAccident.com for some free, friendly advice.

Since 1982, I’ve helped the people of Vallejo with receiving the money they legally deserve in cases involving wrongful death and personal injury.

My clientele feedback is on:

I’m a CA member of the national forum of Million Dollar Advocates. All forum attorneys have won at least $1 million for clients through settlements or verdicts.

AutoAccident.com is the leading Northern California site for detailed reporting and accurate information on auto accidents and traumatic injuries.

pic: “rollover” by Quatar via CreativeCommonsASA3U