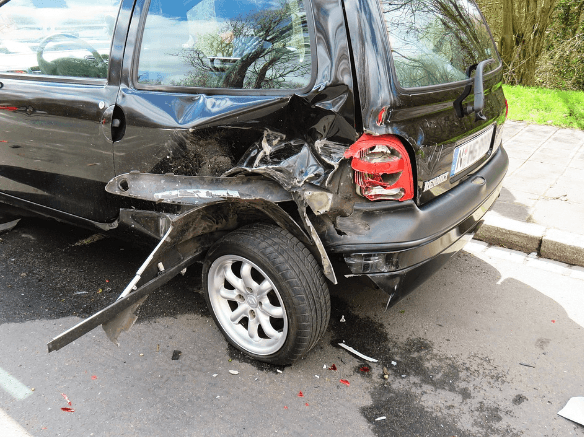 I’m Ed Smith, a Vallejo auto accident lawyer. As the largest city in Solano County and the gateway for Napa and the Sacramento Valley to the San Francisco Bay Area, Vallejo is a city with a significant amount of vehicle traffic. As with any area with heavy traffic, Vallejo also is the site of numerous injury-related auto accidents every year.

However, knowing how, where, and why these accidents occur can help area drivers to better understand how to avoid being involved in an accident and sustaining serious injuries as a result. The following blog contains useful information recently published by UC Berkeley researchers regarding Vallejo car accidents during the previous ten years (2008-2017).

Over the last ten years, 4,811 vehicle collisions resulting in injuries have occurred in the city of Vallejo, injuring 6,838 individuals and costing 76 other victims their lives. These collisions included 151 accidents involving motorcycles, 452 involving roadway pedestrians, 206 involving cyclists, and 4002 involving only either large commercial trucks or regular passenger vehicles. Additionally, 2023 (around 42 percent) of these accidents were located on a state highway within Vallejo.

The most common types of accidents after the top two, in order from most to least frequent, were hit-object crashes at about 13 percent, sideswipe accidents at about 10 percent, head-on, and pedestrian accidents both at about eight percent and rollover collisions at around four percent.

In many cases, accidents are caused by a driver who neglected to follow the rules of the road. In Vallejo, the most common traffic violation to cause a crash was speeding. Speeding generated nearly 29 percent of injury accidents. Other serious violations that have left Vallejo drivers and pedestrians with injuries include improper turning, vehicle right-of-way violations, and traffic signal violations.

Additionally, it is worth noting that while DUI only made up around eight percent of primary cause violations, over one-third (29) of Vallejo’s fatal collisions involved intoxicated drivers.

I’m Ed Smith, a Vallejo auto accident lawyer. Being involved in an auto accident can mean severe and even fatal injuries. If an accident has affected you or someone close to you, contact me for friendly, free advice. I’m available through AutoAccident.com and at (707) 564-1900 and (800) 404-5400.

For 36 years, I’ve helped Vallejo area residents who have personal injury, and wrongful death claims to receive the money they deserve.

See these websites for my client reviews:

I’ve settled and won verdicts in cases worth more than one million dollars for clients and am included in Million Dollar Advocates Forum.

Read my Prior Verdicts and Settlements here.

My website, AutoAccident.com, has the best information and news on car accidents and personal injuries available in the Northern California area.