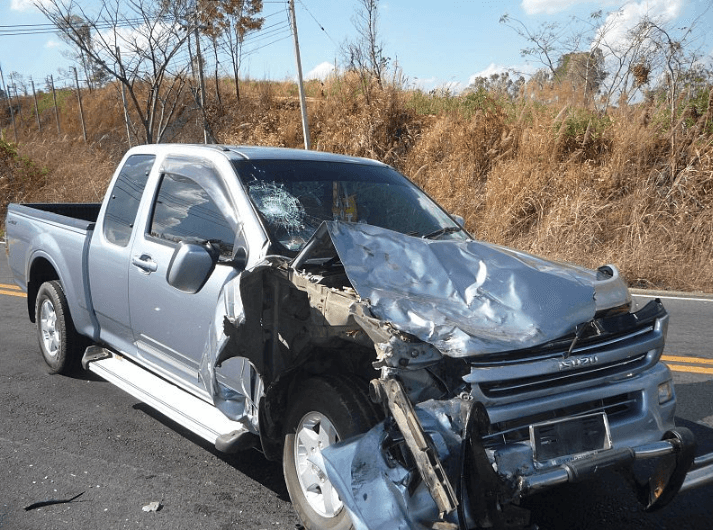 I’m Ed Smith, a Ukiah, personal injury lawyer. According to reports from the Ukiah area California Highway Patrol (CHP), two individuals were injured in a collision that occurred north of Ukiah recently. The report stated that the two individuals who were hurt work for the Shasta County Sheriff’s Office (SCSO) and added that both men received severe injuries. Additionally, the accident reportedly involved only one vehicle, a pickup truck owned by SCSO. The crash remains under investigation by local authorities who have not yet released a full investigation report.

CHP stated that the collision happened just before 7:00 p.m. on US 101 south of the small Mendocino community of Leggett. A 1999 Toyota Tacoma pickup truck being driven by Redding resident Clayton Chaney had been driving along Highway 101 north of Ukiah when the vehicle veered off the road for unknown reasons.

After veering off the road, Chaney attempted to correct the vehicle but was unable to properly steer the pickup back on to the roadway. As a result, the truck was sent into a spin and collided with a highway guardrail before overturning.

CHP responders stated that they found Chaney at the scene of the wreck stuck inside of his overturned vehicle along with passenger Robert Talbott, a Corning resident. Both men had to be cut out of the vehicle using extrication machinery.

Medical officials at the response scene determined both men had suffered serious injuries and had them transported to a local hospital for immediate medical care. Officials did not indicate the specific nature of either man’s injuries and no updates have been reported regarding their conditions. However, neither of the injuries sustained were said to be life-threatening.

CHP has indicated that the accident occurred while the two men were on an assignment in the area on behalf of an SCSO search and rescue team. The causal factors that contributed to this collision have not yet been determined.

Possible factors involved in causing this crash include common collision factors like improperly functioning auto parts, defects or hazards in the roadways, distracted driving, a medical emergency, and more.

Motorists operate under the assumption that their vehicles will drive safely, and rightfully so. A faulty braking system, power steering system, accelerator, and many other auto parts need to function correctly and are liable to cause serious accidents when they don’t. Because of this, when faulty elements are to blame for crashes, auto part manufacturers, retailers, and sellers can often be held liable to pay for damages related to the accident. You can visit my website to learn more about auto products liability.

I’m Ed Smith, a Ukiah, personal injury lawyer. Injuries suffered in a car accident can disrupt your life in an instant. If you’ve been in a crash seek immediate medical attention and then contact me at (707) 564-1900 to get free, friendly legal advice. Also, you can call me at (800) 404-5400 or reach out to me on AutoAccident.com.

For more than 36 years, Ukiah area residents have trusted me to help them claim the money they are owed in personal injury and wrongful death cases.

I’m a current California Million Dollar Advocate because of past successes with winning verdicts and reaching settlements worth one million USD and more for clients.

Read about my past cases at my Verdicts and Settlements page.

For the leading information on auto accidents, wrongful death, and personal injuries in Northern CA, see my website, AutoAccident.com.