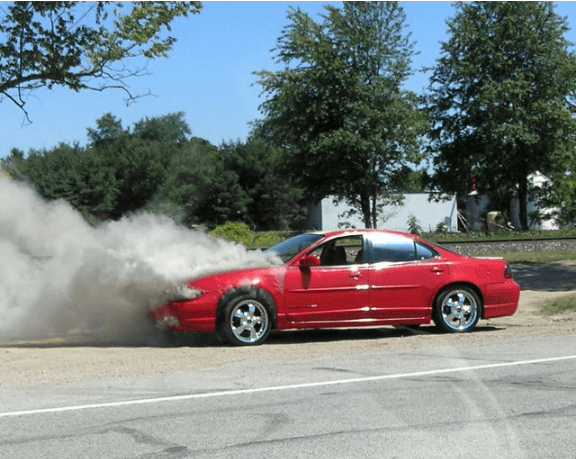 A 22-year-old man and his friend recently saved the life of two people who were involved in a fiery car accident just south of Ukiah. Hopland Fire Department (HFD), who responded to the accident, reported that it took place on a rural highway location late in the night on Sunday, June 10, 2018. HFD reported that one of the people involved in the accident suffered major injuries. The other occupant of the vehicle suffered injuries of unreported severity. Reports identified one of the good samaritans as Josiah Andrews, a 22-year-old from Eureka. The injured individuals have not been identified so far.

HFD reported that a female driver and male passenger had been traveling southbound on Highway 101. The two had just passed Green Bridge when their vehicle, a van of unreported make and model, suddenly traveled off of the road sometime around 7:45 p.m. After exiting the road, the van traveled down an embankment on the side of the highway and landed on the edge of a nearby vineyard. After crashing, the van caught fire. The flames soon spread to dry grass in the area.

Andrews said that he saw the crash scene and immediately stopped his vehicle. He added that he immediately ran down to the burning van after he saw a woman “hanging halfway out of the vehicle.” Andrews helped the male passenger out of the vehicle and the two worked to remove the woman from the van. Reports noted that the woman had been pinned inside the van by her seat.

Andrews said that after removing the woman from the car, he noticed that she had suffered serious injuries to her head. He reportedly took his shirt off and applied pressure to her forehead while helping her up the hill. After taking the woman to safety, Andrews’ friend continued assisting the injured woman while Andrews went to try to put out the fire.

HFD reported that medics found the woman had sustained major head trauma. Responders called in an air ambulance to have the woman flown to the Santa Rosa Memorial hospital for intensive care. The male passenger suffered unreported injuries and was taken by a ground ambulance to the Adventist Health Hospital in Ukiah.

HFD Chief Mitch Franklin said to reporters “thank God (Andrews and his friend) had been there to help” and explained that HFD crews were sent to the scene at around 7:50 p.m. When HFD staff arrived, the vehicle had been fully covered in flames. Franklin reported that about one-acre of grass was burned, but firefighters were able to contain the fire before it became a major problem.

I’ve helped residents of Ukiah and nearby areas with claiming fair repayments for personal injury or wrongful death damages for over 36 years.

My client reviews can be read here:

I’m in the Million Dollar Advocates Forum, the U.S. forum for trial attorneys with previous settlements and/or verdicts worth at least one million USD for clients.

See my Verdicts and Case Settlements.