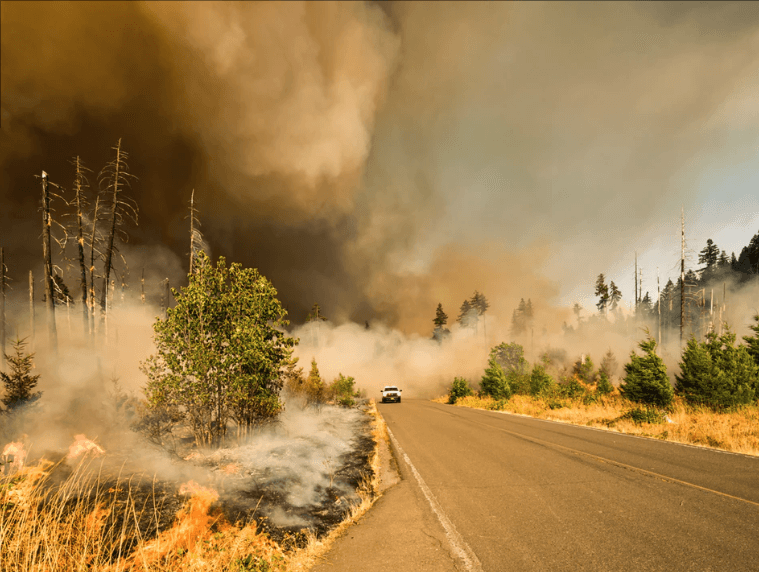 I’m Ed Smith, a Redding personal injury lawyer. According to local officials, two people tragically lost their lives in an area highway accident on Sunday, July 8, 2018. California Highway Patrol (CHP) reported that the crash only involved one vehicle and ignited a brush fire in the area of Bella Vista that burned over 30 acres of dry grass, threatening area homes. CHP reports that they have not yet been able to determine the identities of the two fatally injured occupants of the vehicle. My heartfelt sympathy goes out to those who have suffered the loss of a loved one as a result of this crash.

The collision occurred just before 2:30 p.m. CHP stated that two people had been inside a 2009 Honda Accord that appears to have been driving westbound along Highway 299 at a speed of about 60 miles per hour. For reasons that are not currently known, the vehicle veered to the right while traveling on a straight portion of the highway. After turning, the car drove off of the right-hand shoulder and struck a concrete structure.

After striking the concrete structure on the side of the highway, the Accord traveled down a roadside embankment and eventually caught fire. CHP noted that witnesses of the accident tried to help the occupants of the vehicle but were unable to approach the Honda due to the raging fire.

By the time that emergency responders sent by CHP were able to reach the collision scene, the Honda had been completely consumed in flames. The two vehicle occupants were tragically declared deceased by officials at the site of the crash.

Reports from local firefighters state that the fire quickly spread to nearby grass, brush, and trees on the northern edge of the highway and was threatening area homes. Firefighting crews immediately began setting up to protect the homes and try to combat the fire that was being pushed by wind to the northeast.

Airplanes and one helicopter were called in to drop tanks of water and fire-retardant chemicals onto the blaze. Officials stated that air tankers were sent away from the fire scene at around 3:45 p.m. at which point the flames were mostly contained.

CHP reports that their investigators are still attempting to find out what may have caused this accident to happen. However, no possible factors have been suggested so far. Factors that frequently cause accidents like this one are various and include things such as roadway hazards, malfunctioning auto parts such as steering systems, brakes, and accelerators, medical emergencies, distractions, and more.

I’m Ed Smith, a Redding personal injury lawyer. If an accident has left someone that you love with fatal trauma, reach me at (530) 392-9400 to receive free, friendly case advice. My toll-free line, (800) 404-5400 and my website, AutoAccident.com, are other good ways to contact me.

Residents of the Redding area with wrongful death and personal injury claims have trusted me to help them with obtaining money for damages since 1982.

I’m a member of the U.S. forum for trial attorneys with a previous case settlement or verdict worth over $1,000,000, Million Dollar Advocates Forum.

I’ve been reviewed at: