Trauma to the Ocular Motor System 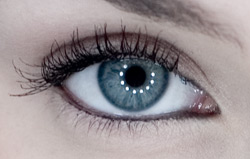 I’m Ed Smith, a Sacramento Eye Injury Attorney. Virtually any form of eye trauma can follow a head injury.  Some ocular motor conditions are more common in trauma and various types of injury may be more likely to produce specific types of ophthalmoplegia. This article looks at trauma to the oculomotor system, beginning with the extraocular muscles, followed by a discussion of how injury affects each ocular motor nerve, and the pupillary, trigeminal, and facial nerves.

Eye Examination in the Injured Patient

Taking a history of patients with ophthalmoplegia secondary to injury should include determining the types of forces involved.  For example, in a patient with a fourth nerve palsy, the likely site of the primary impact is the region of the opposite forehead.  Fractures, especially of the base of the skull or the periorbital areas, should be identified.  Shock, coma, or other cause of hypoxia, and the use of narcotic, paralytic, or anti-seizure medications should be noted.  It is also important to determine if there have been visual, ocular motor, or neurological problems before the current injury.

On examination, the following observations are important especially in the presence of a complicated ocular motor problem:

A systematic and inclusive approach to documenting ocular motor findings is useful even if the exact nature of the ocular motor abnormality cannot be readily identified.

Occasionally, extraocular muscles, particularly the inferior rectus muscle, may be lacerated when there is penetrating orbital trauma.  Contusions of extraocular muscles causes limited eye movement that is diffuse or that doesn’t coincide with that normally seen with a cranial nerve palsy.  There can be entrapment of the inferior rectus muscle following an orbital floor fracture.  Traumatic medial orbital wall fracture can cause an apparent Duane’s retraction syndrome.

Bruised extraocular muscles usually regain normal function within a few days.  Forced duction testing using a cotton tipped applicator can distinguish restricted from paralyzed extraocular muscles.  Treatment of a restricted ocular motor problem can be difficult.  If the degree of dysfunction remains stable after several months, recession of the restricted muscle may help the problem.

The fourth cranial nerve may be affected in mild to moderate closed head injuries.  It may also be injured when there is no direct blow to the head.  Trauma causes a half to a third of all cases of isolated fourth nerve palsies. Direct trauma to the superior oblique tendon may follow a penetrating injury.  This may cause restriction of movement of the tendon, resulting in vertical double vision when looking up.

Most traumatic fourth nerve palsies appear to be due to avulsion of the nerve from the posterior aspect of the midbrain or contusion against the tentorium.  It appears that a blow to one side of the forehead will lead to contrecoup forces directed against the contralateral posterior midbrain at the tentorium with subsequent injury to the fourth cranial nerve.  This can be seen on CT scanning which will show hemorrhaging in this area.  As many as a third of traumatic fourth nerve palsies are bilateral and are due to the same forces that cause unilateral injuries.

Symptoms of fourth nerve palsy are usually that of vertical or oblique double vision that increases on downgaze and in the direction of the gaze contralateral to the affected superior oblique muscle.  Many patients have difficulty reading or going down stairs.  Some notice tilting of the environment, and they may find that tilting of the head away from the affected eye reduces the double vision.

Sixty-five percent of unilateral and 25 percent of bilateral fourth nerve palsies from a trauma require no treatment and resolve spontaneously.  This means that you should wait six months before concluding that no further improvement will occur.  During this time, patching of either eye will eliminate the double vision.  A vertical prism may help some individuals but it is prohibited in other patients.

A variety of surgical procedures have been recommended for fourth nerve palsies.  Inferior oblique myectomy is relatively simple and can relieve about 15 prism diopter of vertical deviation.  Ipsilateral inferior oblique myectomy plus ipsilateral superior rectus resection is useful, especially if the deviation is greater than 15 prism diopters and worsened when the person looks up.

Sixth nerve palsy usually results from a more severe head injury than those causing fourth nerve palsy.  Loss of consciousness occurs in almost all cases.  Mechanisms of sixth nerve injury include acceleration-deceleration forces exerted on the sixth nerve at the petroclinoid ligament, the superior orbital fissure, or where the nerve crosses the anterior inferior cerebellar artery.  Reports form patients with a fatal head injury indicate that the most common point of injury to the sixth nerve is where it exits the pons.  Hyperextension of the cervical spine with or without cervical vertebral fractures may be associated with acute or delayed onset of abducens nerve palsy.  This has been assumed to be due to strangulation of the sixth nerve by branches of the basilar artery, similar to that which occurs with increased intracranial pressure.

Sixth nerve palsy results in horizontal double vision that is worse when looking at distances and in the direction of the weakened extraocular muscle.  One must keep in mind that children can adapt to double vision quite readily and might not have any complaints of double vision.

Injuries to the third nerve are either direct or the indirect result of transtentorial herniation.  In either case, the degree of injury is usually more severe than that causing fourth or sixth nerve injuries.  Most of the injuries come from indirect compression associated with subdural or epidural hematomas.  When third nerve palsy results from a minor head trauma, an underlying problem, particularly a tumor compressing the third nerve, must be considered.

Trauma associated with third nerve palsy is usually a severe frontal blow to the head.  Loss of consciousness occur in 70-100 percent of patients.  The evidence of skull fracture is seen in 30-70 percent of cases.  The third nerve may suffer damage from orbital branches, contusion at the superior orbital fissure or its entry into the cavernous sinus, shearing forces in the midbrain, or avulsion of its rootlets.

Symptoms of third nerve palsy include double vision that is oblique and variable in different positions of gaze.  Drooping of the eyelids is common. When the optic nerve is also injured, many patients are bothered more by the cosmetic effects of drooping eyelids than they are by double vision.  The pupil may be spared in some individuals, but when it is affected in young patients, defective accommodation may also be a problem.

Prognosis for recovery of third nerve injuries is variable and frequently limited.  The complexity of the ophthalmoplegia usually prevents treatment with prisms or surgery.  One of the major problems of rehabilitating patients with third nerve injury after trauma is aberrant regeneration.  It is generally accepted that one should wait about a year to operate on a patient with a third nerve palsy.

Uncal herniation may also follow severe head trauma when there is epidural hemorrhage, cerebral hemorrhage, or cerebral edema.  The herniation is a complication of subdural hematoma, which, in the elderly, can be caused by a relatively minor injury.  When the cerebrum is forced downward by tumor, edema, or hematoma, the uncus may be forced past the tentorium, where it compresses on the third nerve by forcing it against the posterior clinoid. The distorted or stretched third nerve is also compressed by the posterior cerebral artery as it is also forced downward.

Recovery from a third nerve palsy from tentorial herniation may be prolonged and the palsy may be accompanied by other ocular motor abnormalities, including nystagmus, vertical gaze paresis, skew deviation, and internuclear ophthalmoplegia, because of an intrinsic brain stem injury.

Third nerve and sixth nerve palsy precipitated by minor head injury causing neither skull fracture nor loss of consciousness is so rare that one should almost always investigate such individuals for basal skull tumor.  Ocular motor nerves stretched or encased by tumor are especially vulnerable to sudden mechanical stress.  This should be kept in mind whenever the effects seem to be out of proportion to the degree of trauma.

Pupillary dysfunction in the presence of eye trauma most often reflects direct injury to the iris sphincter muscle.  After bruising of the eye, there may be constriction of the pupil that lasts for several hours.  Spasm of the pupil may be associated with spasm of accommodation followed by inability to accommodate.  Persistent mydriasis and accommodative deficiency may cause functional difficulties, particularly with close up tasks.  On the other hand, one study showed that the reading difficulty that usually follows head injury was not associated with accommodative difficulty alone and may be due to other mechanisms.

It is important to document iris injury so that other physicians caring for the patient avoid the false impression that there is a third nerve dysfunction.  Patients with pupillary dysfunction should be examined with a slit lamp if possible.  If cells are visible in the anterior chamber, traumatic injury to the iris is likely and sphincter muscle tears at the pupillary margin may be apparent.  Another indication of iris injury is that the iris not only lacks normal constriction to light but also does not dilate very well in the dark.  Such pupils will react less to various pharmacological agents, including weak pilocarpine.

Mydriasis may also occur from the toxic effects of iron after a penetrating injury is sustained. A fixed and dilated pupil may be the initial finding in patients with intraocular foreign bodies that might otherwise go undetected.

Trauma accounts for about 4 percent of all Horner’s syndrome cases.  If no other findings are noted, the injury may be to the carotid sympathetic plexus within the neck.   Occasionally, intraoral injuries may be associated with dissections or accelerated atherosclerosis.  Occasionally, intraoral trauma can occur when a child falls on a sharp object and can cause Horner’s syndrome.  The sympathetic chain may also be injured in the chest. Involvement of the first order neurons descending through the brainstem may occur.  This can lead to swallowing difficulty, hemiparesis, and alternating analgesia.  Cervical spinal cord injuries may result in these types of injuries as well.

In orbital floor fractures, the infraorbital nerve is commonly injured.  More proximal injury to the trigeminal nerve is relatively infrequent.  Penetrating injury can cause facial and ocular anesthesia.  There may be associated third, fourth, or sixth nerve injuries.  Crushing injuries can also affect the trigeminal ganglion and its branches.  In such cases, the sixth nerve is frequently involved but complete unilateral ophthalmoplegia may also occur.