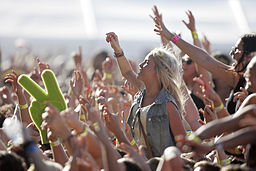 A common news event that occurs more and more frequently is the occurrence of injury and maiming at sporting events and music concerts. Trampling deaths are also more frequent than before. We are not talking about injury from the occasional baseball that may randomly strikes someone but rather those injuries and deaths that occur as a result of negligence.

In 2014, this was bought to the forefront as the media covered multiple deaths, injuries and overdoses that occurred at the Miami, Florida Ultra Fest Concert. Un-ticketed concert goers stormed the flimsy portable fencing that had been put up around the venue for crowd control. The fence fell on a security guard resulting in severe brain hemorrhaging. The security guard was in critical condition for several days. The security guard also sustained severe maiming to one of her legs.

Other times negligence is seen by the venue owner who may be more interested in collecting rent money but not in thoroughly investigating if their venue is actually suitable for the event that is scheduled to occur there. Media reports from the 2003 infamous nightclub inferno that took the lives of 96 people in Rhode Island alleged this type of negligence.  It was reported in the media that the venue organizers were not aware that the band they hired used fireworks during their performance. The venue was not equipped with fire sprinklers and the ensuing fire resulted in so much smoke that fire exits were not visible to the concert attendees. Nearly 100 deaths resulted.
Some recent reports allege that many venue organizers, in an effort to cut their costs, hire inadequate amounts of security.

Injuries or death at music concerts and sporting events can be the result of many reasons. At times, large crowds turn into mayhem when fueled by strong emotion (often coupled with alcohol intoxication or drug use). Crowds can developed ‘herd mentality’ in response to the win and/or loss of a beloved team or in response to an unjust referee ruling. ‘Herd mentality ‘is described as a mass of people losing focus on individual accountability and move as ‘one’ like a herd. This uncontrolled movement of a crowd can result in trampling deaths.

Other injuries occur at sports events and music venues due to problems with the premises itself, i.e., locked exit doors that prevent the safe evacuation of crowds in an emergency. In the case of the 2014 Ultra fest the concert organizers allegedly failed to use fencing material that is deemed appropriate for crowd control.

If a person is injured or killed at a sporting event or music concert, it would be wise to consult with a qualified personal injury lawyer regarding your rights to recovery. It is imperative to immediately put together a timeline and retain evidence that answers important questions such as to what was the exact cause of injury, what occurred just before and after the injury, when did the injury occur, who witnessed the incident, who was the venue owner, organizer, etc. If these items are not quickly memorialized while memories are fresh and evidence is still available, it will be difficult to establish these facts later on. Evidence that is captured on camera may be lost or destroyed if not immediately obtained.

The personal injury lawyer evaluating your claim will also need to know the types of injuries sustained, what treatment has already been provided, what future treatment will be required and the prognosis of recovery.

The Edward A Smith Law Offices would be happy to provide a free no obligation consultation regarding this type of personal injury claim. Our California law practice was established in 1982. Since then we have successfully resolved many personal injury claims. On a yearly basis we continue to obtain multiple million dollar settlements for our clients. We can be reached via telephone (916) 921-6400 or (800) 404-5400 or via our website.  You can see what our clients are saying about us on Facebook, Yelp or AVVO.
Photo Attribution: By Eva Rinaldi from Sydney, Australia (Future Music Festival 2013  Uploaded by tm) [CC-BY-SA-2.0 (http://creativecommons.org/licenses/by-sa/2.0)], via Wikimedia Commons