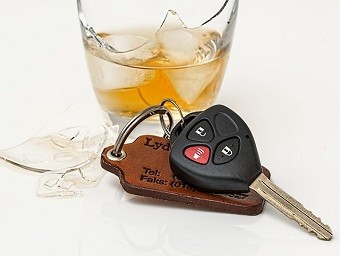 I’m Ed Smith, a Roseville car accident lawyer. With the holidays upon us, drinking and driving happens all too frequently. In what should be a season of merriment, for many, joy is replaced by grief when a family member dies due to a drunk driver. An important consideration is taking steps to avoid driving drunk.

Out of 1,070 children who were killed in vehicular accidents, 209 died due to an accident involving a drunk driver, according to the National Highway Traffic Safety Administration. Of these:

How Alcohol Affects a Driver

The legal limit for drunk driving is a blood alcohol concentration (BAC) of 0.08. This is equivalent to about four drinks containing alcohol. However, the effects of alcohol can be seen at lower levels. The following describes the effects of different BAC values:

Alcohol, although widely used, is not the only cause of impaired driving. Studies show that marijuana is the most common cause of impaired driving after alcohol. The Substance Abuse and Mental Health Services Administration points out that the use of marijuana is increasing, particularly among young people. As early as 2014, 7,000 new users were reported by the CDC each month. The effects of marijuana when operating a motor vehicle are:

The effect of marijuana is enhanced by the concurrent use of alcohol. The number of drivers using marijuana is highest among nighttime and weekend drivers. If you’ve been injured in an accident with an impaired driver, contact a Roseville car accident lawyer.

According to the NHTSA, 800 individuals are injured daily in impaired driving accidents. Injuries range from traumatic brain injury to abdominal trauma and multiple fractures. The cost of drunk driving injuries is over $200 billion each year. This results from a diverse list including wage loss, medical expenses, emergency services and property damage.

I’m Ed Smith, a Roseville car accident lawyer. Impaired driving kills and maims a substantial number of victims each year. If you have been hurt by the negligence of drunk driving or a loved one was killed, turn to an experienced injury lawyer for help. Call my office at (916) 921-6400 in the Roseville area. You can also reach me at (800) 404-5400 if you are outside the calling area. I have an online contact form too. No matter how you contact me, you’ll receive friendly and free advice.

I’ve been helping Roseville and Northern Californians for over 35 years in wrongful death, truck and motorcycle accidents and dog bites. In each case,  I work to obtain just compensation for accident damages.

Take a look at the following to learn about my practice and what I’ve achieved on clients’ behalf:

The Million Dollar Advocates represents trial attorneys who have won $1 million settlements or verdicts. I am a California member.