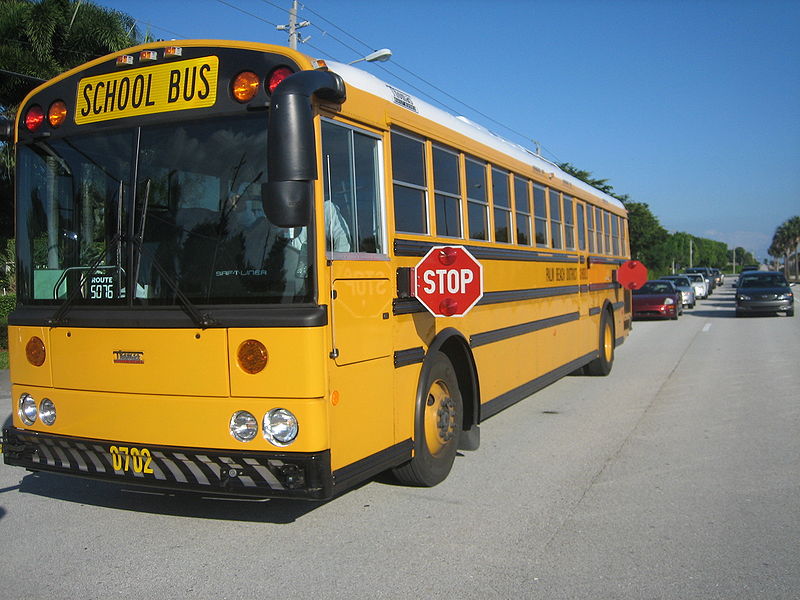 I’m Ed Smith, a Vallejo bicycle accident attorney. In Vallejo, on the evening of Tuesday, December 6, 2016, a teenage boy was hospitalized after he collided with a school bus while riding his bicycle. The incident occurred at the intersection of Oakwood Avenue and Springs Road, just outside of the Bank of America building, and was reported to the Vallejo Police Department at approximately 4:35 p.m.

The injured boy had reportedly been riding with a group of four other teenage boys, all of whom were performing dangerous bicycle stunts in the middle of traffic prior to the collision. The injured boy, in particular, had been riding on the back wheel of his bicycle with his front wheel in the air when he struck the school bus and fell to the ground.

According to witnesses, the boy went into a state of epileptic seizure almost directly after falling from his bike and hitting the ground. This prompted those present at the time of the incident to call for an emergency helicopter evacuation. However, the boy’s symptoms improved some minutes later and the emergency helicopter lift was canceled in favor of an ambulance which took the boy to the John Muir medical center in Walnut Creek.

The boy suffered traumatic injuries and was kept in the intensive care unit in order for medical officials to monitor his health and detect any complications that might have arisen. In the morning, the boy was determined to have only sustained minor injuries and was released from the hospital with expectations of complete recovery.

In the wake of the incident, many Vallejo residents took to social media to voice their frustrations with what they see as a trend of young daredevils endangering themselves as well as drivers. Various reports describe young boys performing stunts on bicycles around moving traffic in the streets of Vallejo, causing damage to cars and startling drivers. While no one knows the exact extent of the popularity of stunt-bicycling in Vallejo, there is at least one Youtube channel, entitled onewheelaj, that has published nine video compilations in the last year alone featuring teenagers performing dangerous stunts in public roads.

Learn more information about our practice at this site.

Before your phone consultation, spend some time reviewing my positive client feedback on the lawyer-ranking website Avvo, Google and Yelp.

I can proudly say that I am a member of the Million Dollar Advocates Forum. Members of the forum have won multiple million dollar settlements and/or verdicts on behalf of the clients we serve.

See the Verdicts and Settlements section of our site, written by our accident attorneys.