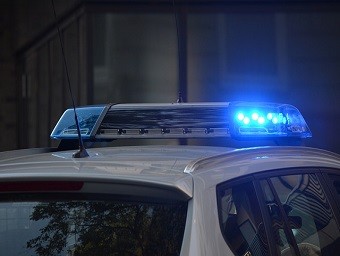 Speeding Increases the Risk of Fatalities

I’m Ed Smith, an Orangevale personal injury lawyer. Speeding is dangerous and is involved as a factor in 33 percent of all fatal accidents. It’s important to know that exceeding the speed limit increases the risk of fatalities in a crash incrementally. In other words, the faster the vehicle, the more likely fatalities will occur in an accident.

Dangers of Driving Too Fast

In the year 2015, 9,957 people died due to speeding, approximately 27 percent of the total number of fatalities. The U.S. Department of Transportation reports that 10,111 persons died in 2016 in accidents where speeding contributed to the crash. This represents a 4-percent increase over the previous year. The Insurance Institute for Highway Safety reports that speeding has occurred in one-quarter of all crash fatalities since 2005. The reasons speeding is so dangerous are:

Many reasons are available to answer this question. Some of the most common are:

The California Office of Traffic Safety maintains traffic records around the state on accident injuries and fatalities. According to their 2014 data, which is the latest year that it has been reported, there were 11,710 deaths and injuries caused by traffic accidents in Sacramento County. However, 2,923 of those fatalities or injuries involved speeders. This placed Sacramento County in the number one position for speeders in the state of California.

Speeding makes it harder to stop. When you double your speed, the stopping distance is quadrupled. Generally speaking, when you are traveling at 55 mph, it takes you roughly 302 feet before you can come to a complete stop. Stopping distance is governed by the time it takes for you to see a reason to stop and your reaction time. The speed of the vehicle and its weight are other factors. Speeding not only affects you but it also affects other drivers. At higher speeds, it becomes harder for another driver to judge the speed at which you are traveling and distance between your vehicle and theirs.

How Weather Affects the Speed Limit

Speed limits are not meant for bad weather days. In inclement weather, you can get a speeding ticket when you are traveling at the speed limit. Under California vehicle code 22350, drivers are admonished for speeding under conditions where the speed limit might be dangerous such as weather, visibility and heavy traffic. If you are caught speeding in California, you not only receive a traffic ticket but you will get a one point violation. If you are traveling at or above 100 mph, you will get two points.

I’m Ed Smith, an Orangevale personal injury lawyer. If you or a family member has been harmed by a reckless driver, you are facing the financial consequences of their negligence. An experienced injury lawyer can help. Phone me at (916) 921-6400 locally or (800) 404-5400 nationwide. I offer friendly and free advice. You can also reach me online, if that is more convenient.

I’ve practiced law since 1982, and in that time, I’ve helped many Northern Californians, including residents of Orangevale, with motorcycle and pedestrian accidents as well as wrongful death cases. I’ve also worked to obtain just compensation for injuries suffered in catastrophic accidents such as brain injury.

If you’d like to know more about my law firm, go to Google, Avvo and Yelp  to see reviews by previous clients and comments by my peers. See how I’ve resolved other cases on my verdicts and settlements page.

The milliondollaradvocates.com is a group of top-ranking trial attorneys who have garnered $1 million in verdicts and settlements. I have been inducted as a California member.

You might want to read about other personal injury topics. Just stay here on AutoAccident.com, my website that I own and founded.