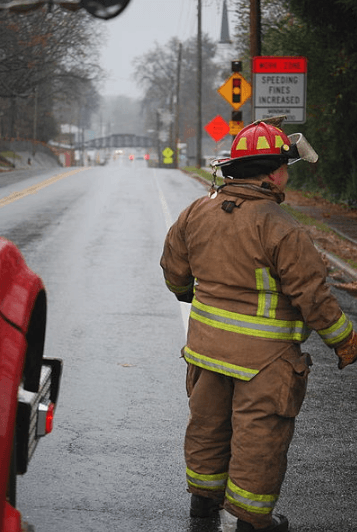 I’m Ed Smith, a South Lake Tahoe car accident lawyer. In recent years, the community of South Lake Tahoe was the site of some taxing disasters and, as a response, STAT has formed. The assembly of volunteers’ goal is to train in order to be able to assist the personnel of the South Lake Tahoe Fire Department (SLTFD) in instances of severe need.

On the night of Monday, February 5, 2018, SLTFD hosted the first out of a series of training sessions given to new recruits of the STAT so that firefighters will have help at the ready in the event of a problem that becomes too widespread for the local fire department to respond to effectively.

The Captain Paramedic of SLTFD, Kim George, told reporters that the STAT volunteers are an important resource and added that the volunteers would be able to assist with things such as helping out with shelter, evacuations, and information resources “if (the department) had something that was larger scale.”

The STAT force was most recently deployed last winter. STLFD faced numerous challenges during the flooding of South Lake Tahoe and, while the department faced numerous long-term problems, STAT was able to directly assist in efforts towards recovery.

George added that the members of STAT helping with the fallout from the flooding “went to high school with” the displaced people they were assisting evacuate their homes.

Tina Cullen, a current member of the STAT team, noted that the skills she learned in the program would be helpful in many other situations including “if you’re out hiking or a car accident.” Cullen added that an individual with stat training would definitely be able to render aid in the event of a traumatic injury “even if it is just until paramedics arrive.”

Cullen became a member of the STAT team a few years ago and her spouse has since joined STAT as well. Cullen said she didn’t get a chance to volunteer when the flood was happening due to being trapped in her own area and not being able to travel to the relief center at the high school. Still, Culled reports that she frequently volunteers at department events and is happy to get a chance to interact with area firefighters.

George said that STAT is a “very important” part of the South Lake Tahoe community because the city is a bit isolated from areas around it and the fire department is relatively small. Cullen says that she agrees with the necessity of extra support for large STAT events and added that by signing up to volunteer you are not only helping yourself but also helping the members of the community in which you live.

I’m Ed Smith, a car accident lawyer in South Lake Tahoe. A motor vehicle accident can cause serious injuries. If a collision has left you or a person you know with injuries, call me for free, friendly advice. To reach me, you can either dial (530) 392-9400, (800) 404-5400, or go to AutoAccident.com.

I have practiced personal injury and wrongful death law in South Lake Tahoe for over 35 years and have assisted many families with recovering the money they deserve.

Read my client reviews and ratings:

I am a Million Dollar Advocate, for trial attorneys who’ve obtained verdicts and/or settlements that were worth, at a minimum, 1 million USD for clients.

My Prior Verdicts and Case Settlements are listed here.

See my website for current news and valuable information about personal injuries and vehicle crashes in Northern CA –AutoAccident.com.