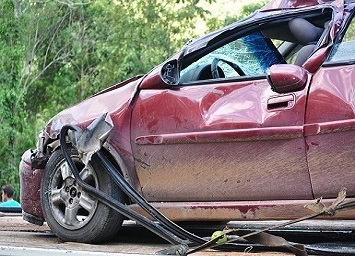 I’m Ed Smith, a Citrus Heights car accident lawyer. A one-vehicle crash on January 20 claimed the life of a Citrus Heights man. According to a representative of the California Highway Patrol (CHP), the cause of the accident is being investigated to see whether alcohol or drugs played a part in the crash.

The accident happened in the early morning hours along Isleton Road, which runs along the south side of the Sacramento River. The driver, Louis Abundis, 49, and a resident of Citrus Heights, was identified by the coroner’s office for Sacramento County. Reportedly, he was driving his 2002 Honda along the road northbound at an undetermined speed when the vehicle exited on the road’s west side. It then traveled down the side and hit a tree. The accident was reported by a caller to 911 just after 4:00 in the morning.

Responsibility for ROR accidents varies depending on the circumstances. At times, another driver, who is driving recklessly, can be responsible. Examples are:

I’m Ed Smith, a Citrus Heights car accident lawyer. Motor vehicle accidents can leave the injury victim or family with devastating implications financially. If you have suffered an injury caused by negligence or a member of your family has, please give me a call at (916) 921-6400. I am honored to offer you friendly advice free of cost. Outside of the Citrus Heights area, call (800) 404-5400.

I have worked as a Citrus Heights injury lawyer for over 35 years, defending the rights of its citizens in their personal injury cases such as brain injury and wrongful death.

Client ratings serve to help an injury victim decide who to call when help is needed. Find mine at Yelp, the legal site Avvo and at Google.

To learn about some of the outcomes of our cases for clients, visit verdicts and settlements.

A forum I belong to, Million Dollar Advocates, limits its membership to trial attorneys who have won one million dollars for their clients in either verdicts or in settlements.