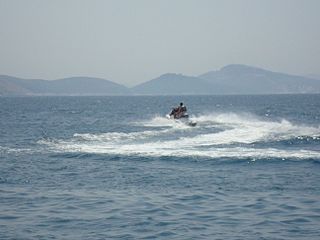 I’m Ed Smith, a Shasta Lake Wrongful Death Lawyer. Last week a young girl was killed on Shasta Lake after being hit by a jet ski.

A group of people rented a houseboat and were having a fun weekend on Lake Shasta. The boat was anchored in an unidentified cove located northwest of Slaughterhouse Island. The group had also rented a personal watercraft, a jet ski. Later, 29-year-old Phong Ly was riding around on the jet ski when he decided to return to the houseboat. Ly approached the cove at high speed which was considered unsafe by witnesses.

Because of the excess speed, Phong did not see the 7-year-old girl that was swimming in the water near the boat. The jet ski hit the girl and continued on to collide with the houseboat. After the accident, Ly jumped off of the personal watercraft and into the water to help the girl. He pulled her to the houseboat where family members assisted in pulling her aboard. She was taken to an ambulance that was waiting for her at the Bridge Bay Resort. Paramedics transported her to Mercy Medical Center in Redding where she was later pronounced dead by attending medical professionals.

We extend our sincere condolences to the family of the little girl who passed away in this tragedy.

This summer there have been five deaths reported on Lake Shasta including a drowning that happened last week. Two of the deaths were adults who died of health issues and the other three were children.

A boatful of youth was inner tubing on Lake Shasta just before the 4th of July. A teenage girl was driving the boat under the supervision of the boat’s owner and pulling along a 12-year-old boy on a tube. The boy challenged the girl to try and make him fall off the tube. After trying to knock him off, the girl turned sharply into her own wake which hit the boat and redirected it straight towards the boy on the inner tube. He abandoned the tube and tried swimming out of the way but was not fast enough as the prow of the boat struck him in the head. His life jacket appeared behind the boat with signs of propeller damage. The boy has not been found and is presumed dead. Authorities have arrested the owner of the boat on boating under the influence charges as he had been drinking while supervising the young female steering the boat.

A few weeks later a young boy drowned in the morning while his family was staying on a houseboat. The boat was partially beached in Marble Creek Cove and was having troubles starting in the morning when the little boy went missing. The family found his flip flops floating in the water behind the boat. Shasta County Sheriff’s Department employees searched the surrounding land and water for the boy. He was found after 30 minutes of searching below the surface of the water and pronounced dead at the scene.

I have been working wrongful death, personal injury, car accident, and many more cases for the Shasta Lake area for over three decades. Look at my past verdicts and settlements page on my website autoaccident.com.

You can find me on milliondollaradvocates.com. This website lists attorneys in the U.S. that have been successful in cases with verdicts or settlements of a million dollars or more.