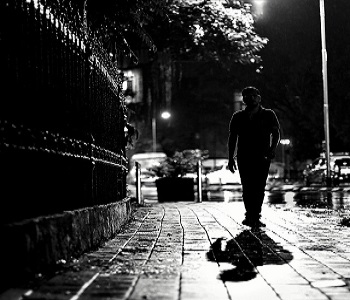 I’m Ed Smith, a Sacramento self-driving car accident lawyer. An accident in Arizona on March 18, where Uber is testing its autonomous vehicles, caused the death of a pedestrian. Uber has stopped all testing of its self-driving vehicles in several cities while an investigation into the accident is ongoing.

According to a representative from the Tempe, Arizona, police department, a female pedestrian was crossing Mill Avenue outside of a crosswalk when she was hit by an Uber self-driving vehicle (Volvo SUV). This happened at about 10 p.m. local time. The pedestrian died at a hospital in the area. The vehicle was in a self-driving mode with a human driver onboard. The pedestrian was identified as Elaine Herzberg, 49. Reports say the woman crossed the road 100 yards away from a crosswalk. She was pushing a shopping-bag-loaded bicycle. She entered the road in front of the Uber vehicle. Tempe police said the vehicle was traveling at a speed of 38 mph in a 35 mph speed zone.

We extend our sympathies to the loved ones of the woman who passed away in this tragic incident.

Sylvia Moir, the Tempe Police Chief, said the pedestrian, according to the human driver, walked out in front of the vehicle. The vehicle, early findings show, did not brake. Police checked cameras on the autonomous vehicle to determine the cause of the crash. Moir said that any vehicle, whether it was self-driving or not, would have found it difficult to avoid the collision. This was due, she said, to the pedestrian entering the roadway quickly from a shadowed area. At this time, Moir said she believes the Uber self-driving vehicle would not be at fault. However, if fault is established against Uber, charges may be filed against the human driver.

In response to the accident, Uber Technologies, Inc. has stopped the testing of self-driving vehicles in Tempe and three other cities. This will last until the reason why the accident happened is discovered. In addition, if fault in the design of the vehicle is found, it will be corrected. Uber said in a release that it is working with local police and expressed that their hearts go out to the woman’s family for their loss.

The NHTSA has sent a team of crash experts to the site to look into the accident. The NHTSA rarely investigates accidents. However, with autonomous or semi-autonomous vehicles it has been deeply involved. In a 2016 crash involving Tesla Autopilot, it found that the system was partly at fault for the crash. The National Traffic Safety Board relaxed its guidelines for self-driving vehicles recently to allow further development and testing of the vehicles.

The area around Phoenix has been a hotbed of self-driving vehicle testing. Uber and Waymo, owned by Alphabet, Inc., Google’s parent company, and General Motors are all testing their vehicles in Arizona. One accident with a self-driving vehicle happened in 2017 in Tempe, but the autonomous vehicle not at fault.

Autonomous vehicles are watched very carefully for safety issues. Accidents are usually caused by regular vehicles. In one case, Uber faced problems in San Francisco when one of its self-driving vehicles went through a red light. At the time of the accident, Uber did not have the approval to operate the vehicles, and the city made the company remove them. In 2017, one accident, involving an Uber self-driving vehicle, was reported. In this case, the Uber vehicle was rear-ended by another vehicle at a traffic light.

In the testing phase, any problems that surface in autonomous vehicles are expected to be corrected. If the vehicle did not stop and hit the pedestrian because of that, the vehicle’s onboard computer system will be fixed. This is to avoid accidents in the future. In addition, if an individual is killed by a faulty vehicle, a wrongful death lawsuit can be filed against the company that manufactured or designed its software.

Claims in a Self-Driving Vehicle Accident

In the future, when driverless vehicles are fully autonomous, a motor vehicle accident claim will no longer be filed against a driver. Instead, a product liability lawsuit will be filed. In this, the manufacturer will be held liable if the vehicle caused the accident due to a flaw in manufacturing. If the design of the software is at fault for the accident, the software company will be held responsible.

I’m Ed Smith, a Sacramento self-driving car accident lawyer. If you have been in an accident with a self-driving vehicle or if a loved one was killed, you may be able to receive compensation by filing a product liability claim or wrongful death lawsuit against the company. Reach out to me at (916) 921-6400 locally or (800) 404-5400 nationally for friendly and free advice. You can contact me online also.

Look at reviews and comments about my practice as well as some cases and how I resolved them on:

I am proud to say I am a member of the Million Dollar Advocates, a nationwide forum of trial lawyers who have won $1 million for their clients.

Stay here on AutoAccident.com to read more about autonomous vehicles as well as other articles on injury law.