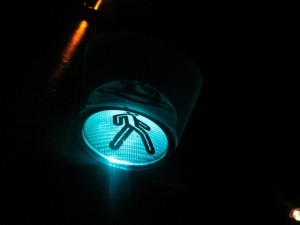 According to the  Office of Traffic Safety, Sacramento ranks eight out of the 13 largest cities in California in total injury and/or fatal pedestrian collisions. According to Sacramento Police Department, our goal is to be ranked the Number 13, the lowest.  Pedestrian accidents can be avoided by using sidewalks and crosswalks, and always waiting for the signal to WALK.

This past April the Sacramento Police Department conducted an operation for pedestrian safety called “Wait for the WALK”.  Police officers and volunteers patrolled the downtown/midtown areas of J and K, where a large number of dining and entertainment establishments reside, handing out flyers to the public in an effort to educate the community with regard to pedestrian laws and hazards to avoid.  While many are aware of the basic rules emphasized, this was an effort to reinforce and remind the community of proper safety guidelines.

The area of midtown that was targeted by the operation was not a high-incident area but one that sees a higher concentration of foot traffic.  With the eateries and other venues in the area, people often run across J or K at the area where they get out of their parked car, rather than walking up to the corner to wait for the light and use the crosswalk.

In addition to reminding folks to take the standard safety precautions, the officers advised to limit distractions when walking in an area with vehicle traffic, and named one of the biggest distractions to be Ipods and earbuds.

I’m Ed Smith, a Sacramento Auto Accident Attorney with the most comprehensive and informative accident information site on the web, AutoAccident.com.  If you or someone you know has been injured in a pedestrian vs. auto accident, call me at (916) 921-6400.

Be sure to read our reviews at Yelp! and Avvo.