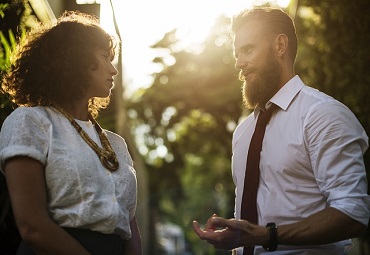 I’m Ed Smith, a Sacramento sexual abuse lawyer. Due to the allegations against Hollywood mogul Harvey Weinstein, a growing call for dialogue about sexual abuse in the workplace has found its way to California’s capital. Female legislators and other women of influence who work in Sacramento have said now is the time to end this long-standing dehumanization.

Allegations against producer Harvey Weinstein have continued to mount recently as more actresses come forward, telling how they were sexually abused. This opened a gateway for women in all lines of work to speak openly about something they had long kept hidden. When actress Alyssa Milano voiced a call to all women who have been sexually abused to join in by telling their story using the hashtag #metoo, the floodgates opened on social media.

Lawmakers in the state’s capital along with staffers and lobbyists have penned a letter saying that it is time for sexual harassment to stop. The letter encourages women to come forward, share their stories and band together alongside like-minded men to move into an era of not just equality but to one without the threat of sexual harassment. The letter makes clear that, in this one area, California has not fulfilled its promise of justice for everyone. In addition to this, the women have established a website for other woman to vocalize their experiences and join together.

Male members of the legislature took the opportunity to speak out against sexual harassment and said that all employers need to mandate training efforts. Both the Speaker of the House and the Senate President Pro Tem, both male, said there is more that needs to be done to make the workplace safe. The Senate is currently in the process of reviewing their existing policy.

What Is Sexual Harassment?

Under Title VII of the Civil Rights Act of 1964, any form of sexual abuse in the workplace is considered sexual discrimination. In California, sexual discrimination is prohibited under state law also, and businesses with 50 employees or more must provide training against such practices. An employer is charged with providing a safe environment for employees, keeping them free of abuse or assault.

The are basically two types of sexual harassment:

Both forms can lead to legal claims against an employer. However, quid pro quo acts need happen only once while a hostile work environment is usually one that persists over time.

I’m Ed Smith, a Sacramento sexual abuse lawyer. Sexual abuse can take many faces, and workplace sexual abuse can be traumatic for anyone. If you have experienced sexual abuse yourself, you can call me for free and friendly advice about your options under the law. Phone me at (916) 921-6400 here in Sacramento or nearby areas and nationwide at (800) 404-5400.

You might want to gather more information about my law practice before calling. Just go to Yelp, Google and Avvo for client and some peer reviews.

The Million Dollar Advocates forum is composed of top-ranked trial attorneys across the country who have garnered $1 million or more for clients. I am proud to say I am a member from California.

I’ve assisted clients from Sacramento and other areas in California as an injury lawyer since 1982 in a myriad of personal injury cases including sexual abuse, wrongful death and catastrophic injuries such as brain trauma.

I appreciate you visiting AutoAccident.com, the website I built and own. If you wish, explore more legal topics right here.