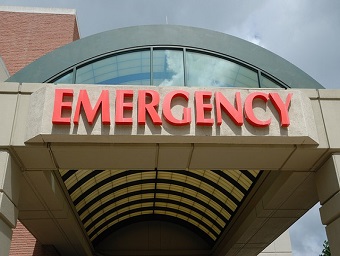 I’m Ed Smith, a Sacramento amputation injury lawyer. A horrific accident on the Highway 50 off-ramp ended with the amputation of a good samaritan’s legs and the arrest of a drunk driver.

I would like to take a moment to offer my wishes for Mark Poss’ recovery.

The accident occurred on Sunday, November 12, at approximately 2:30 in the afternoon. A good samaritan, identified as Mark Poss, exited Highway 50 at 15th Street. Poss immediately began to help a couple push their disabled vehicle down the emergency lane. The couple were identified as Arlette Lovato and Mario Sanchez. Their intention was to push it to a gasoline station at the bottom of the ramp. According to Lovato, the car had run out of gas on the highway. A report from the California Highway Patrol (CHP) shows that a drunk driver, identified as Jacob Olson, 24, entered the off ramp. Olsen slammed into the back of Lovato’s vehicle. The impact caused both of Poss’s legs to be severed in the process.

Poss was taken to UC Davis medical center. He was in the ICU after surgery to amputate his right foot. The prognosis for his other leg is still being evaluated. Recent reports indicate that his right knee may be spared. Although not confirmed by hospital authorities, it is expected that Poss will be in the hospital for several weeks. Sanchez suffered a fractured leg and was transported to a hospital. Olson was also taken to a hospital for evaluation.

According to police, the drunk driver displayed evidence of inebriation. He was charged with drunk driving and taken to the county jail in Sacramento. Olson was arraigned on November 14. The exact charges are unknown at this time.

The community as well as Poss’s friends, and family have rallied around this man whom others say would do almost anything to help someone. A fellow employee, Jennifer Martinez, a Genentech supervisor, echoed that sentiment. A GoFundMe page has been set up to raise money for the expenses the family will face. The response has been overwhelming for Poss, his wife, and infant son.

According to the National Highway Traffic Safety Administration, drunk driving kills approximately one person every hour. This results in about 10,000 deaths nationwide annually. The role alcohol plays in traffic accidents is due to the effect it has on a motorist’s capacity to drive safely. The level of alcohol in the blood that is considered illegal for motorists 21 and older is 0.08 (g/dL). The BAC level, or blood alcohol concentration, considered illegal is different for those under 21 and for commercial drivers.

Some changes caused by drinking are:

Injuries can range from minor to catastrophic. Traumatic brain injury is common as are fractures, amputations, and spinal cord injuries. Many such injuries require long-term hospitalization and physical therapy. This can cause financial problems for the individual.

I’m Ed Smith, a Sacramento amputation injury lawyer. When an accident results in the loss of limbs, you need the services of an experienced attorney. You can reach out to me at (916) 921-6400 for help. You can also call (800) 404-5400 out of the area. You will receive friendly and free advice.

I’ve worked as an injury lawyer since 1982. I’ve assisted clients with wrongful death claims in a variety of accidents. These include pedestrian, bicycling and truck accidents.

You can get information about me at Google, Avvo and Yelp.

I am a member of the Million Dollar Advocates. This group is composed of lawyers who have garnered $1 million or more for clients.

You can learn more about personal injury cases here on AutoAccident.com.

Turn to my settlements and verdicts page for some case results.