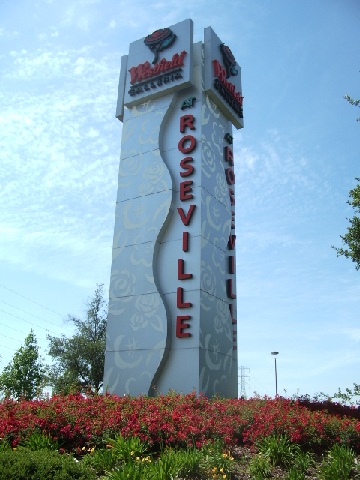 I’m Ed Smith, a Roseville Accident Lawyer. The Roseville Galleria has had its fair share of crazy events over the years. Some of those crazy events include the infamous mall fire set by an arsonist, a pepper-spraying incident that injured seven, and a rollover crash in the mall parking lot.

Westfield Galleria at Roseville opened in 2000

Westfield Galleria at Roseville is its official name. The doors opened for the first time on August 25, 2000. The Galleria is a gem to the citizens of Roseville. The mall is owned by Westfield Corporation and is located at 1151 Galleria Boulevard in Roseville. Many prefer shopping at this mall because they feel it is in a fairly safe area. Shoppers love the Galleria for its upscale shops and overall loveliness. Men enjoy visiting the Galleria too. They are especially fond of getting their shopping done quickly and heading over to the food court while their female counterparts shop ’til they drop.  Most food enthusiasts find the food court to be pretty decent. Who doesn’t like a wide variety of tasty food all under one roof?  The young guys hanging out at the Galleria claim that the girls are very good-looking over here.

We have provided links below to some of the Roseville Galleria crazy events over the years. We are tremendously happy that no one was seriously injured in the events that follow.

In the above incident, a 23-year-old man barricaded himself inside the GameStop that is located in the Roseville Galleria.  He ordered everyone out of the store and then set fire to the merchandise. Gamestop was completely destroyed along with twenty other stores. Amazingly, no one was seriously injured. Read more: CBS Sacramento News Video: Galleria Arsonist pleads guilty and gets 10 years in Prison.

In Youtube video above, you will see the aftermath of a rollover accident that happened on February 11, 2012 in the parking lot of the Roseville Galleria. A Chevy Tahoe was speeding and hit a guard rail. The impact caused the vehicle to roll over. We understand minimal injuries resulted. All parties were taken to an area hospital. The accident was investigated by the Roseville Police Department and Roseville Galleria Security.

In Fox News article below, we learn that seven people had to be treated for exposure to pepper spray back in June of 2013. This incident happened inside the Roseville Galleria at a store called The Children’s Place. Twin 3-year-old’s were among those treated at nearby hospitals.

Roseville Galleria crazy events will come and go.  But one thing is for sure, we still love to shop here.

I’m Edward A Smith, a Roseville Accident Lawyer.  Have you or someone you know been injured in a Roseville accident due to the negligence of someone else? If, so, please call me promptly at (916) 921-6400.  I am happy to provide you with fast, free, friendly advice at no obligation to you. When calling outside of Sacramento County, feel free to call (800) 404-5400.

We recommend consumers to do their homework and check client reviews for the businesses  and service providers you plan to hire.

We are proud members of Million Dollar Advocates Forum.

To view our verdicts and settlements page, click here.

Photo Attribution: By Michaelh2001 at en.wikipedia [CC0 or Public domain], via Wikimedia Commons