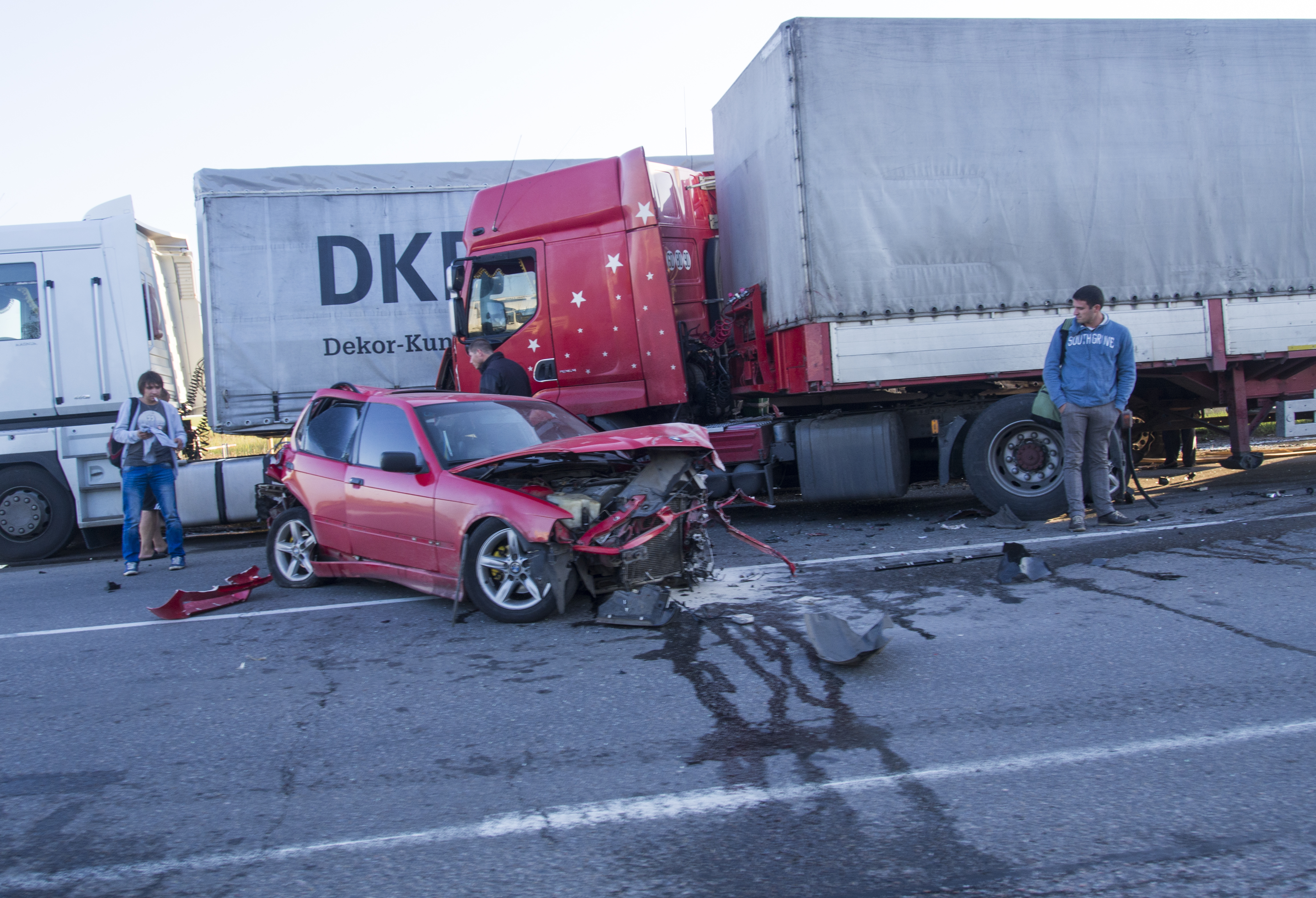 Pickup Collides With Tractor Truck in Side Impact Collision

I’m Ed Smith, a Ukiah truck accident lawyer. An August 8 crash along U.S. Highway 101 between a truck tractor that was transporting a load of grapes that had been pressed and a pickup truck towing a travel trailer resulted in traumatic injuries to the two persons riding in the pickup. The captain from the fire department in Hopland reported that it took a great deal of effort to extricate the victims from the truck.

The California Highway Patrol was notified of a crash shortly before 10:30 in the morning, which occurred along the southbound side of the road close to Center Street at Hopland. According to reports, a pickup had crashed into the side of a big rig. An early report indicated that the driver of the big rig had been heading north and was in the process of changing to the southbound lanes when the crash happened. It was reported that the pickup passed partially under the semi’s side, which crushed the motor and front part of the cab. The load the big truck was carrying was spilled along the roadside.

Both the driver and a passenger in the pickup were injured and transported to a hospital for medical treatment. No information has been released as to the identities of the victims as of the time of this report. Responders from the fire department in Ukiah and Hopland responded to the accident, along with emergency personnel in a helicopter, which was used to transport a female crash victim. A male victim was reported to have suffered injuries described as moderate.

This accident is being investigated by the CHP. Traffic moving southbound along Highway 101 was reopened around 1:00 in the afternoon.

Truck side panels block the empty space between a big truck’s rear and front wheels. By doing this, the chance that a smaller vehicle will go under the truck, causing serious injury to the occupants in a trucking accident, is reduced. In fact, side-impact crashes are one of the most common varieties of accidents. According to government statistics, 200 of the 500 annual deaths from underride accidents are due to side-impact.

Tests by the Insurance Institute for Highway Safety showed that side truck guards were capable of stopping a vehicle traveling 35 mph from passing under a truck. Although this test proves that side guards can save lives, and despite the recommendation of the National Transportation Safety Board, the agency responsible for mandating side guards has required only rear guards.

Cost of Side Panels

The cost of side panels is low, and they can easily be retrofitted on older trucks. Newer trucks are outfitted with side panels at the manufacturer’s discretion. The NTSB estimates that the cost of side guards to be between $1,000 and $2,000.

What Happens in a Side Impact

During the IIHS test, the vehicle that hit the truck without side guards passed under the truck, shearing off the roof of the smaller vehicle. The vehicle was wedged under the truck when it came to rest, and in a real-life situation, the occupants would have suffered fatal injuries in the majority of cases.

Use of Side Guards in Other Countries

The use of side guards is mandatory in the United Kingdom and the European Union. Over the years, the number of deaths from side impacts has been greatly reduced.

Transportation accidents are not only common in urban settings but occur in rural, farming areas as illustrated by the above accident. Slow-moving agricultural equipment and transport trucks are common causes of accidents.

For 35 years, I have worked as a California injury lawyer. During this period, my experienced legal team and I have obtained compensation for many victims of traumatic injuries and wrongful deaths.

Client feedback about how we have helped others is found at Google, Avvo, and Yelp. The Verdicts and Settlements page carries information on some previous cases.

I belong to the Million Dollar Advocates as a California member who has obtained $1 million in compensation for clients.

I am the founder and owner of autoaccident.com, a premier Northern California website for wide-ranging information on many types of personal injuries.