A severely injured client with  a forthcoming surgery came in to see me the other day to find out how he should best proceed in moving his case forward. He wondered if it was worthwhile to retain a personal injury lawyer  if the at fault parties insurance was limited in amount.

That was a good question, and I’m writing today to explain how this Sacramento Personal Injury Attorney goes about finding the insurance the other driver has. 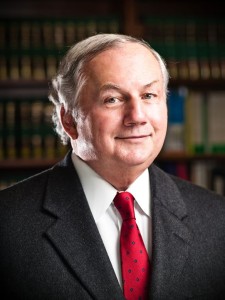 The first thing, I do is to send a letter to the other party’s insurance asking the amount of insurance coverage is effect. The other party’s insurance cannot reveal the sum of insurance that was in effect without the consent of their insured.  The insurance company is supposed to write their client asking permission to revel policy limits. If the client consents and if the other driver, doesn’t have enough insurance to cover the injury, I will encourage the potential  client to contact the other insurance directly,  request a Dec Sheet showing policy limits and to settle the case for such policy limits themselves. It’s not fair to take a fee on cases that the insurance company will clearly pay without a lawyers involvement.

The problem is that many insurance companies dig in their heels and refuse to reveal policy limits or even ask their insured’s consent as they are supposed to do. Alternatively, some insureds have the mistaken idea that if they don’t reveal their policy limits, it will somehow prevent their being sued or otherwise help their case.

Actually, as will be explained, failing to reveal policy limits leaves them in a very bad position where they are certain to be sued. But that leaves the injured party consulting me at a loss as to whether there is enough insurance to cover the medical care needed.

IF the insurer refuses to reveal policy limits after I ask them to do so in writing, I will send one reminder letter giving them a last chance to have their client reveal the limits or else I will be forced to file suit. In the letter, I let them know that if my client is forced to file a lawsuit and the insurance is later found to be inadequate to cover my clients injuries, we will not later be willing to settle for the policy limits but will need a contribution in excess of the policy from their insured.

At that point, if I hear nothing further, the client retains me..and I file a lawsuit.

If the amount is adequate to cover the past injuries and upcoming medical expenses, we proceed with the lawsuit (which can take 12-24 months to get to trial) while the client is proceeding with

If discovery shows the amount is not adequate, we demand the insurance pay the policy with an additional contribution from the insured or my office will take the case to a jury. There are also some third party services that will find insurance information on at fault parties but they can be pricey.

Adequate Insurance limits is one of the first things an injured client should be concerned with.

A way to protect yourself against minimally insured or uninsured drivers is to obtain Underinsured and Uninsured Motorist coverage with high limits from your own insurance.

Unninsured/Underinsured motorist insurance protects you and I suggest that everyone purchase a high limit policy here.

There are also unusual Umbrella Policies that provide even more protection for drivers far and above their auto policy uninsured limits. Feel free to call me today and I will tell you what to look for.

If you’re seriously injured and don’t know where to turn, turn to me. I’m an experienced Sacramento  personal injury lawyer handling serious accident cases since 1982.