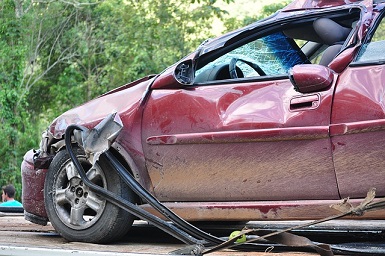 I’m Ed Smith, a Modesto car accident lawyer. As a passenger in a car accident, you have the same rights as the driver. You may even be in a better position than an injured party in any other injury claim.

Passengers Are Not at Fault Most of the Time

An injured driver needs to prove both negligence and damages to recover compensation for his or her accident loss. This takes time and effort. A passenger, on the other hand, needs to prove neither. The passenger has no part in driving the vehicle or causing the crash. Instead, the passenger can collect damages from the negligent driver, the driver who was not at fault or in some cases both drivers. Drivers are required to have car insurance in California, however, many do not and are considered uninsured.

When This Is Important

The ability to file a claim against both drivers in a two-car crash is important. The insurance coverage by either driver may have only $30,000 in medical liability. However, the passenger’s financial burden for medical expenses might total twice that. In this case, the ability to collect damages for half the total sum of medical costs from each driver makes it possible for the passenger to cover their medical expenses in full.

When Insurance Companies Refuse to Pay

There are times when an insurer will refuse to accept the degree of liability assigned to one of the drivers. In such a case, the passenger may face problems collecting damage. In cases where catastrophic damages, such as brain trauma are present, this puts the passenger in a difficult situation. Having a personal injury attorney experienced in car accident liability makes a difference in whether or not the passenger can receive proper restitution.

What Is Comparative Fault?

In California, a pure comparative fault state, both drivers can share the responsibility of a car accident. For example, two drivers approach a traffic light. One of the drivers is speeding and the other fails to stop for the light that has just changed. Even though the speeding driver had the right of way, the court may decide that speeding compounded the chance of the accident. In this case, that driver will share a portion of the fault of the crash. If damages are $10,000 and the shared fault against the speeding driver is 20 percent, the other driver can collect only $8,000 in damages.

Although passengers rarely assume any fault in a car accident, there is one situation where they may be considered partially at fault. For example, several friends are at a party where drinks are served. Two friends, both of whom have been drinking, decide to leave. As they enter a vehicle to drive home, the party goer who would be a passenger realizes that the driver, like himself, should not be driving but proceeds nonetheless. The driver fails to negotiate a turn and the car hits a tree, injuring the passenger. In this case, the passenger may share some of the responsibility because despite having misgivings about the driver’s ability to drive safely, they rode in the car.

What Happens in a Single-Vehicle Accident?

A passenger in an accident where no other vehicle was involved has a claim against the driver. The driver is responsible to drive in a way that is reasonably safe, protecting other drivers and his or her passengers. Hitting a tree or a stationary object due to breaching this duty makes the driver liable for injuries suffered by passengers.

I’m Ed Smith, a Modesto car accident lawyer. Obtaining compensation due to passenger injuries or filing a wrongful death claim when a passenger is killed can be a daunting process, particularly when the passenger is seriously injured or a family is suffering the effects of grief. Call me at (209) 227-1931 in Modesto or the surrounding area or (800) 404-5400 nationwide, or contact me online if that is more convenient. I am here to provide free and friendly advice.

I have assisted numerous Northern Californians, including residents of Modesto, receive the financial compensation they deserve for medical costs, lost wages, ancillary costs such as transportation and pain and suffering due to traumatic injuries from car, truck, bicycle and pedestrian accidents.

The Million Dollars Advocates is a nationwide forum of trial attorneys who win $1 million for clients. I am happy to report I am a California member of this group.

Take a moment and peruse my settlements and verdicts page to see what results I have attained for some of my previous clients.

To learn more about me and my law practice go to Yelp, Avvo and Google.

Stay on the website I founded, AutoAccident.com, to read about different types of personal injury legal topics.