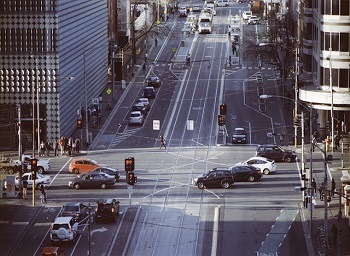 One Dead in Intersection Accident

I’m Ed Smith, a Sacramento car accident lawyer. A collision in a Sacramento neighborhood on November 26 ended in the death of one person and injuries to several others. I would like to take this opportunity to offer my condolences to the family and friends of the decedent.

According to a representative of the Sacramento Police Department, the crash, which occurred at about 9:00 in the evening, happened at the crossroads of I and 12th Streets. An unidentified vehicle reportedly hit two sedans in the intersection. Police are in the process of determining how and why the crash happened. As of the time of this report, no details have been provided whether drugs or alcohol were involved. The victim and the other injured parties have not been identified.

As a result of the crash, the intersection was closed to traffic. The crash also interfered with service on the light rail line. A pedestrian sign was thrown to the ground due to the accident.

Injuries in the Crash

A victim in the crash was taken to a medical facility in the immediate area where the person died due to injuries suffered in the crash. There has been no word as to the precise injuries the person suffered. Authorities are saying the other individuals in the collision were injured, but the injuries were of no threat to life.

What Are Intersection Accidents?

Intersection accidents are those that occur where crossroads intersect. Usually, an intersection involves two streets perpendicular to one another. The streets may have one or more lanes each. In addition, another roadway may run diagonally to the two main streets, adding to the traffic load. The opportunity for an accident is increased as pedestrians and bicyclists using the cross streets join vehicular traffic.

According to the National Highway Traffic Safety Administration, roughly 43 percent of all motor vehicle accidents are linked to an intersection crash. Not only are intersection accidents common, the consequences are often severe.

There are several types of accidents that, although seen in other situations, are common in intersections:

Things You Can Do to Stay Safe in Intersections

The Department of Transportation’s Federal Highway Administration offers advice on how to stay safe at intersections.

I’m Ed Smith, a Sacramento car accident lawyer. Intersection accidents cause many deaths and severe injuries every year. If you are involved in an intersection accident, you need the help an injury lawyer can provide. Reach out to me at (916) 921-6400 24/7 in the area, or call me on my toll-free line (800) 404-5400. I will give you friendly advice that is free of charge.

In the 35 years I have practiced, I’ve helped many California residents, including those of Sacramento, through wrongful death cases and catastrophic injuries such as head and brain trauma.

Take a look at my settlements and verdicts page to see what I’ve been able to do for former clients.

You can find out about me and my law practice by reading comments and reviews on:

A forum of trial attorneys who have won $1 million settlements and verdicts makes up the Million Dollar Advocates. I am a member from this state.

Stay on AutoAccident.com to read about more topics in personal injury law.