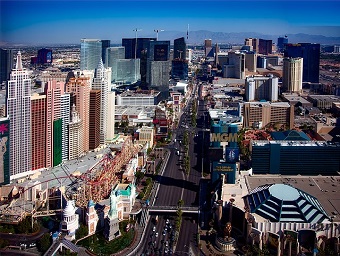 Poor Security Could Be Liable for the Las Vegas Shooting

Weeks after the tragedy in Las Vegas, people are asking what could have been done to prevent it. Legal experts are asking similar questions. While everyone knows that Steven Paddock actually did the killing, many believe that a lack of precautions by the Mandalay Bay Hotel and the promoter of the Route 91 Harvest Festival were also to blame. Let’s take a look at this complex situation.

The Route 91 Harvest Festival is an annual event located on Las Vegas Boulevard in Paradise, Nevada. Since it began in 2014, it has been held on the same 15-acre site across from the Mandalay Bay Hotel and the Luxor Hotels, called Las Vegas Village. The site is owned by MGM International, which also owns and operates both the Luxor and Mandalay Bay hotels.

According to the festival’s website before the tragedy happened, tickets for the three-day “neon sleepover” were sold out as they were in previous years. Its promoter, Brian O’Connell, who is the president of Live Nation Country Music, says the festival had been an overall success in the past.

Security at the Festival

Those attending the Harvest Festival in 2017 were screened going into the festival but could leave and return at will, using wrist bands for identification. 91 Harvest has a policy of not limiting re-entry into the festival grounds. To do this, identification wristbands are used to identify ticket holders. Some other festivals limit reentry to ensure that security lines are short and to maintain safe conditions for attendees. For example, the huge outdoor extravaganza in Las Vegas, the Life Is Beautiful Festival, started limiting re-entry due to security concerns.

Problems at the Festival During the Shooting

Other problems surfaced during the shooting, namely the lack of PA announcements and a viable exit plan. An attorney, commenting on the injury of a Sonoma State college attendee, said that the festival did not have a viable PA system nor did it use an emergency announcement when the shooting started. Concert goers, the attorney said, were not given a handout showing exits at the festival if an emergency erupted. Reports at the scene said many festival-goers left en masse the way they entered, heading toward the shooter, although other exits were available.

As the drama unfolded, the need for ways to transport the injured to local hospitals exceeded the 16 paramedics and five ambulances hired to take care of medical emergencies at the festival. Ambulances from all over the city arrived to help. Pickup trucks loaded with the injured and pieces of the fence surrounding the festival area were used to transport victims. A medical tent on the grounds held only sunscreen, band-aids and water.

A hotel has a duty to protect guests. In general, hotels take precautions to prevent personal injury by setting up procedures to remove or modify dangerous situations. The hotel is expected to make every effort to prevent criminal acts from keeping valuables safe to prevent a rape or a shooting.

The Mandalay lacked metal detectors that would have enabled security to detect weapons brought into the hotel. It did not have video cameras on guest floors, making it impossible to see someone setting up security cameras or other misdeeds, including shooting through a guest room door. The security guard who was sent to the floor to investigate a jammed door was unarmed. After being shot, many questions exist concerning the timeline of his reporting his injury, and whether police were notified. Recently, it was noted that the hard drive to the shooter’s computer was missing without accounting for why that happened.

A risk management team, often composed of security experts, is a good way for a hotel to assess the dangers it needs to address and compile ways to do that. First, the security team surveys past and present danger and makes recommendations about necessary security measures.

Negligence and foreseeability are bound together. For instance, in order for a party to be negligent, it must be proven that a course of action or inaction was taken that was the cause of the injury. Causation can be proven, in part, by showing that “but for” the act, the injury would not have happened. Beyond this, the harm that was caused to the victim must have been foreseeable. For example, negligent security can be proven when the level of security did not match the need in an area with past examples of assault. If the danger of assault was known to the owners, and security for women going to the parking lot was not provided, the party in charge of the store would be liable for injuries sustained during the attack.

In Las Vegas, the history of mass shootings and domestic terrorism in resort cities and reports that terrorists were looking at targets in Las Vegas pre-9/11, should have put hotel owners on notice. In fact, hotel shootings and bombings, including terrorist attacks at The Taj Mahal Palace Hotel in Mumbai, gave warning to hoteliers worldwide that attacks on the premises could happen. In 2016, an interview with casino mogul Steve Wynn, owner of the Wynn Las Vegas, revealed that Wynn was fearful that Las Vegas was a soft target, propelling him to heighten security at his hotel.

Reasons Security May Not Be Sufficient

The are several reasons security is less than it should be. One involves the lack of being proactive and taking reasonable precautions against danger. Another is the cost. Security is expensive, from the necessary electronic devices to hiring well-trained security guards. Taking the cheaper and easier way out may add up to negligent security or wrongful death.

Some security guards are not well-trained and can cause more harm than good. In one case, Binns v Caesar’s, a family said they were brutally attacked by security guards at Harrah’s Atlantic City Resort and Casino, a subsidiary of Caesar’s. The abatement of security in the case was proven, and the case was settled.

The defendants in any one of the cases springing up after the massacre may say they were unaware of the shooter’s arsenal. Without having adequate security, it may be possible they did not know. However, in hindsight, this may be considered willful ignorance, a way to avoid liability if the defendant simply claims they were unaware.

Verdicts and Settlements, on my own website, gives an idea of some of our legal cases and their conclusions.

I have helped many residents of Sacramento since 1982 in car accidents, truck accidents, motorcycle crashes, and traumatic brain injury. In all these traumatic injury cases, I have worked hard toward the award of needed compensation for my clients and their families.

I belong to the Million Dollar Advocates Forum. This group of trial lawyers is those who have won cases of $1 million or more.

You are on the website I founded and own, AutoAccident.com. It stands as a premier site for Northern Californians to learn about personal injury law topics.