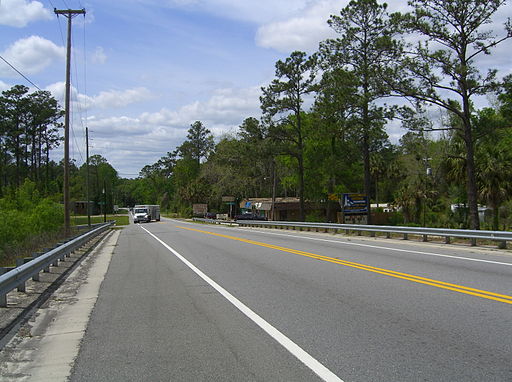 Napa Landslides and Flooding Cause Accidents

I’m Ed Smith, a Napa car accident lawyer. Torrential rain in recent weeks has contributed to hazards along Napa County roadways. As our highways and surface streets turn slick and flooded we see an increase in the number of car accidents.

Flooding on roadways and landslides in Napa county have created numerous challenges for our residents. The Napa County Sheriff’s Department reported that Silverado Trail needed to be closed when tons of dirt and rocks came tumbling down onto the roadway. The latest report available from officials here indicate that the landslide on Silverado Trail is still unstable and causing the roadway to be unsafe for travel.

An additional landslide on Silverado Trail caused the roadway to be blocked at the intersection at Pratt Street. The California Highway Patrol (CHP) reported that geologists had arrived at the scene of the dangerous landslide and had started work on examining the damage to the roadway as well as the stability of the rock wall in order to determine what measures would need to be taken to ensure that the street, if reopened, would not present a dangerous risk to motorists.

Another landslide occurred in between Pope Street and Deer Park. So far, there has been no estimate given as to how long it would take for crews of workers to arrive and clear the debris so that the roadway can again be safe for travel.

Meanwhile, erosion caused by water led to the falling of a large tree and a subsequent landslide on a hill off of Route 128. The damage to the land surrounding the highway was significant enough for authorities to close a section of the highway a small distance east of Canyon Creek Resort.

The California Highway Patrol has also warned Napa locals that Highway 121 is still closed at Schellvile.

Other Accidents Reported by CHP

Thankfully, none of the traffic incidents resulting from these dangerous road conditions have been reported to include critical or serious injuries. However, there have been reports of rear-end collisions and at least one driver was reported to have not seen flooding soon enough on a Napa roadway, causing them to veer away from the flooded area and into a nearby muddy ditch where their car was stuck and required towing.

I’m Ed Smith, a Napa car accident lawyer. If you’ve been seriously injured due to dangerous roadway condition or due to a negligent driver, call me as soon as possible at (707) 564-1900 to receive free, friendly advice. There is no fee at all for a consultation by phone in which you might learn valuable information on how to receive what you are owed from insurance companies or at fault parties. In other areas, I can be called at (800) 404-5400 free of any toll.

Since 1982, I have helped my clients with their claims involving personal injury and wrongful death.

See my client reviews and ratings on these three social platforms: Avvo, Yelp, and Google.

I’m very proud to be a member of a forum for lawyers who’ve assisted their clients in obtaining million and multiple-million dollar verdicts and/or settlements, the Million Dollar Advocates Forum.

Look at the results I have obtained on our Past Verdicts and Settlements page.

I created AutoAccident.com, to provide people with information on the subject of personal injury.