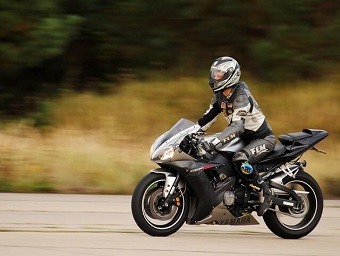 Motorcycle Accident on U.S. Rt 50 in Sacramento Under Investigation

I’m Ed Smith, a Sacramento motorcycle accident lawyer. During rush hour recently, a two-vehicle accident involving a motorcycle was reported in South Sacramento along U.S. Route 50 eastbound. It is unknown at this time what the extent of injuries suffered by the motorcycle rider are. However, emergency medical personnel were called to the scene of the crash, along with those from the fire department.

The collision happened just before 8:00 in the morning just west of Jefferson Boulevard, according to the California Highway Patrol (CHP). It involved the motorcycle rider and an unidentified sedan driver. Following the crash, three additional vehicles pulled over to the right-hand side to offer assistance. The accident was witnessed by at least one person, who said they saw the motorcycle rider go down. No additional information has been released on the identities of those in the accident or whether drugs or alcohol was a factor in the crash.

It has been shown that about 75 percent of motorcycle accidents are caused by collisions with passenger vehicles. Even though improvements have been made in protective gear for motorcyclists, serious injuries still occur. The injuries that occur most commonly are as follows, according to a study conducted by the Centers for Disease Control and Prevention:

Motorcyclists who have been injured through another individual’s negligent actions are entitled to obtain fair compensation that covers their lost time away from work, medical bills and other expenses. A seasoned motorcycle accident lawyer can help them receive the compensation they deserve by investigating the case using police reports, witness accounts and experts such as crash reconstructionists. By compiling documentation of all the expenses, past and future, the lawyer can present a strong case for full compensation. This way, the injured motorcyclist can focus on the task of getting well.

I’m Ed Smith, a Sacramento motorcycle accident lawyer. If you or your loved one was injured in a motorcycle accident caused by a negligent driver, I have friendly, free and compassionate advice to offer you. I can be contacted at (916) 921-6400 locally or (800) 404-5400 for long-distance callers.

At the following links, you will find information on some prior cases along with comments and reviews by former clients:

Million Dollar Forum allows only the top trial attorneys around the country to join after obtaining a verdict or settlement amount in excess of at least $1 million for past clients. I belong to this group as a California member.