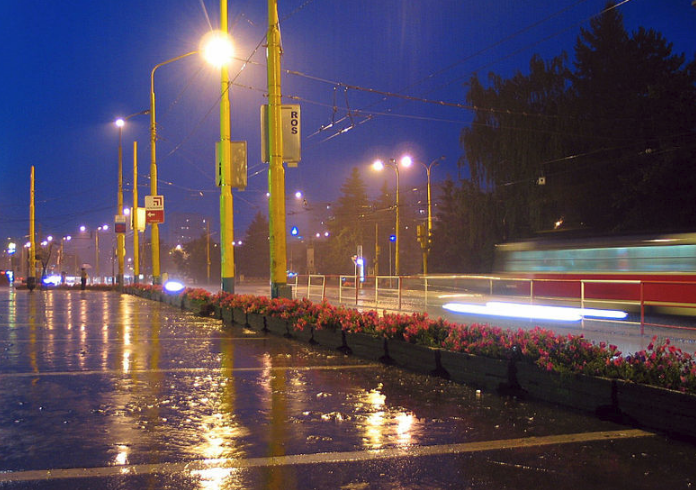 According to information from the Vallejo Police Department (VPD), the collision occurred shortly after 8:00 a.m. on a major thoroughfare close to the Blue Rock Springs Golf Course. A black Volkswagen sedan had been driving in the rain when the driver lost control of the vehicle and veered into the dirt median separating the two sides of the roadways.

After veering into the median, the car spun slightly and the driver’s side of the vehicle collided with a light pole, causing the sedan to come to a stop. No other vehicles were involved in the collision.

Firefighters from Vallejo Fire Station 27 responded to the accident. Vallejo Fire Department (VFD) Spokesperson William Tweedy reported that crews arrived to find the driver trapped inside the wreckage of the sedan. The man had been trapped due to a “major intrusion” on the driver’s door that was created by the impact with the pole.

Firefighters immediately began extricating the driver from the wreck. Once extricated, the man was put in an ambulance and transported to a local hospital for treatment of traumatic injuries. The severity and nature of the man’s injuries were not reported by medical officials.

VPD is currently investigating this incident in an attempt to better understand what caused the driver to lose control. Although officers have not stated what they believe to have contributed to the crash, one suspected contributing factor is the heavy rain that Vallejo experienced on Thursday.

Photos of the collision show puddles of water in the road that easily could have caused the vehicle to hydroplane. Additionally, VFD reported that a few other weather-related collisions had happened that day, but that these crashes were only fender-benders.

Driving in the Rain

With the rainy season ahead, this accident serves as a reminder to Vallejo residents that driving in the rain comes with an added risk of injury-causing collisions. Rain can contribute to accidents in several ways and drivers should do their best to mitigate the dangerous effects of inclement weather.

One way that rain contributes to accidents is simply by reducing visibility. Even with correctly functioning windshield wipers, rain can make it more difficult for drivers to see obstacles on the road. The best solution to this problem is to slow down while driving in the rain to allow yourself more time to see obstacles in the road as well as more time to stop or maneuver around them if necessary.

Another way that rain makes driving more dangerous is by making roadways slick. Wet roads can be more difficult to stop and maneuver on, potentially turning avoidable accidents into serious crashes. Drivers should make sure that their tires have sufficient tread and, again, reduce their speed to allow themselves time to respond to dangerous conditions.

Since the year 1982, my team and I have assisted Vallejo area residents in reclaiming what they are owed by law in personal injury and wrongful death cases.

Reviews from my clients have been written on Yelp, Avvo, and Google.

I am in a forum for U.S. trial attorneys with past settlements and verdicts for cases worth over 1 million dollars – Million Dollar Advocates Forum.

See my Past Settlements and Verdicts here.