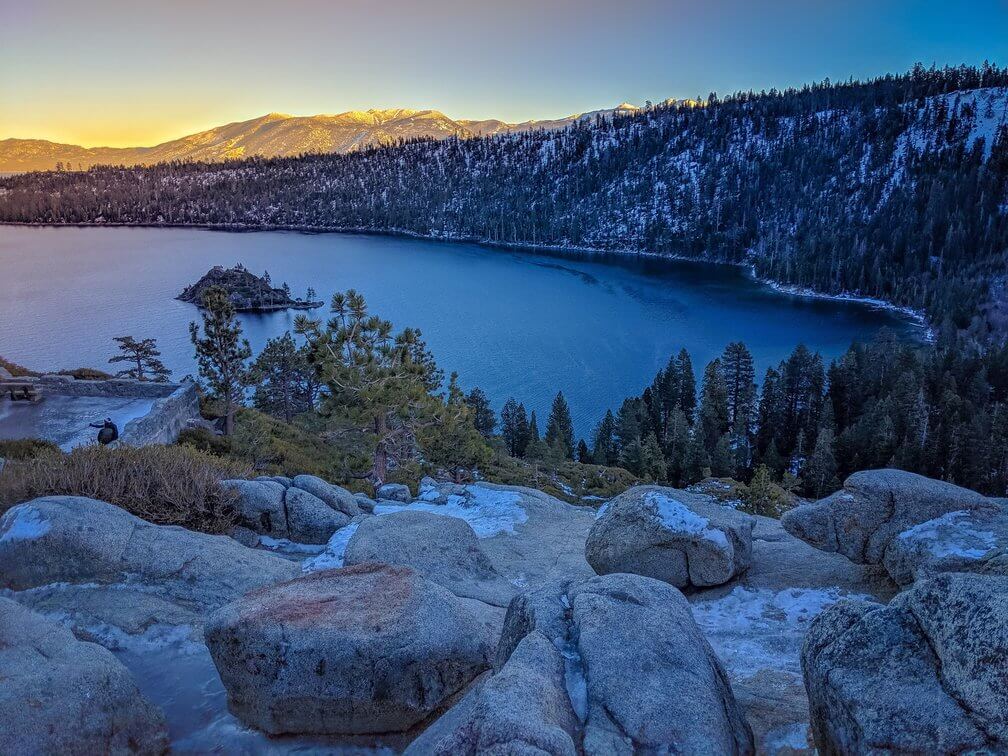 South Lake Tahoe is a lively city located in one of California’s most famous natural beauty areas. Residents enjoy year-round access to gorgeous views as well as many seasonal activities like hiking, skiing, and more. However, the area also sees a high amount of local, commuter, and tourist traffic and where there are vehicles, there is always the risk of an accident. However, by learning about how car accidents tend to happen in your area, you can reduce your risk of being involved in a crash that might have otherwise resulted in serious injuries. New data from UC Berkeley about South Lake Tahoe car accidents are included in the blog below.

In South Lake Tahoe from the end of 2007 to the beginning of 2018, there were around 439 auto accidents that resulted in one or more injuries. The injuries suffered during these accidents ranged in severity from fatal to minor and affected 587 individuals. Across the 439 accidents, 77 were bicycle collisions, 50 were pedestrian crashes, and 27 were motorcycle wrecks. The other 285 were either normal passenger vehicle crashes or accidents that involved a commercial truck. More than 50 percent (228) of these collisions happened on a state-operated roadway.

The most common traumatic accident type in the city has been broadside accidents, which made up nearly 30 percent of injury-related crashes. Broadside accidents normally happen at intersections where vehicles are traveling in perpendicular directions. These crashes can be especially dangerous because the sides of vehicles are thin and offer little protection from impacts.

The second most common accident type was rear-ended accidents, which accounted for just over 21 percent of collisions. Rear-end accidents commonly occur when drivers are not paying attention to the road and fail to stop for a vehicle in front of them. They are also often caused by vehicles with faulty brakes, tires, or acceleration pedals.

The least common accident type was rollover collisions. Only around 3 percent of the accidents in question involved a rollover. However, overturned vehicles were involved in over 10 percent of South Lake Tahoe crashes involving a fatal injury.

When it comes to dangerous traffic violations in South Lake Tahoe, three types stand out and were more than twice as common as any other violation. The first is right-of-way violations, which were involved in around 20 percent of traumatic crashes. The second most dangerous violation was speeding, which was involved in about 19 percent. The third most common violation was DUI at nearly 16 percent, a significantly higher rate than that for similarly sized Northern California cities.

In the majority of vehicle accidents, there is a negligent party that can be held responsible for damages. This party is often a reckless driver who was looking at their phone, speeding, driving while intoxicated, or made an unsafe maneuver. However, in many cases, other parties can be held liable such as government entities responsible for roadway maintenance, companies that irresponsibly provided a drunk driver with liquor or access to a vehicle, auto part retailers, and more.

If you think that you may be owed money for car accident damages, the best thing you can do is call an experienced South Lake Tahoe personal injury lawyer who can guide you through the details of your case.

I have assisted South Lake Tahoe residents with claiming fair payments for wrongful death and personal injury damages since 1982. You can learn about my long history of advocacy by viewing my verdicts and case settlements as well as my client reviews at:

I am proud to be part of a forum of lawyers with a former case settlement or trial verdict worth 1 million USD or more, Million Dollar Advocates Forum.