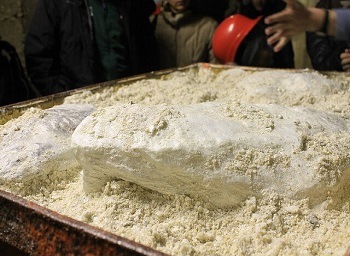 On July 12, a Missouri court ordered that Johnson & Johnson pay $4.69 billion to 22 women or their survivors. The case, Ingham v. Johnson & Johnson, cited the company’s refusal to warn consumers of the link between its talcum powder products and ovarian cancer. Johnson & Johnson said the process was unfair and has plans to appeal the verdict.

The trial, which lasted six weeks, saw the plaintiffs’ attorneys contend that the use of talcum powder was linked to the development of ovarian cancer in 22 women. Six of the women have already succumbed to the disease. The remainder, aside from one who is currently receiving chemotherapy, were in the courtroom. The women contend that the daily use of Johnson & Johnson talcum products contaminated with asbestos fibers caused their disease. The company denies the presence of asbestos. However, documents presented at trial show that J&J knew that asbestos has been in the product since the 1970s. The lawyer for the plaintiffs said that Johnson & Johnson has consistently rigged tests to deny the presence of asbestos although evidence points to its existence in the mine where the talc is recovered.

Previous cases have based the link between talc alone and ovarian cancer. The most recent case is the first to contend that the use of J&J products, including J&J Baby Powder and Shower to Shower, exposed the women to asbestos particles for decades and an increased incidence of ovarian cancer. Several other cases, some still in court and others in the appeals process, have linked the asbestos in J&J talcum powder to mesothelioma. A New Jersey court awarded $117 million to a man who claimed to have developed mesothelioma from inhaling asbestos in the talc. The case is currently being appealed.

A handwritten memo written by a Johnson & Johnson executive, Bob Rolle, in the 1970s, attempted to answer the question of the amount a baby would inhale given the supposition that the talc contained 1 percent asbestos fibers. The executive concluded that the asbestos exposure a baby would experience when the talc powder was used was less than that deemed safe for a worker who mined the substance. Another J&J memo in 1973 said there was some indication that a non-trace amount of a substance that could be said to be asbestos was found in the talc on occasion. The memo also acknowledged the problems with testing methods at the time.

Of the 22 women involved in the lawsuit, five were from Missouri. The remaining 17 plaintiffs were from other states. Of the six who have already died, their families made the decision to continue with the lawsuit in their stead. Each plaintiff won $25 million in compensatory damages for a total of $550 million. The jury also handed down an award of $4.14 billion in punitive damages.

Imerys Talc America, Inc., the company that supplies talc to Johnson & Johnson, settled out of court with the plaintiffs. The amount of the settlement has not been announced, however, one source estimates that the amount was in the neighborhood of $5 million. The relatively low settlement might have been accepted to isolate J&J at trial. No reason has been confirmed by the plaintiffs’ attorney.

I’m Ed Smith, a Sacramento talcum powder injury lawyer. The idea that J&J talcum powders exposed millions of people to asbestos and was a factor in the development of ovarian cancer and mesothelioma is frightening. If you or a member of your family suffered this negligent exposure and developed ovarian cancer or mesothelioma because of it, you might be able to be compensated for the resultant damages. You need the assistance of an experienced lawyer. Call me at (916) 921-6400 or (800) 404-5400 for compassionate, free, and friendly advice.

I’ve helped many people in Sacramento and Northern California with numerous types of accidents, wrongful death, and traumatic brain injury.

I belong to the Million Dollar Advocates as a California member. This forum limits membership to injury attorneys who have obtained a settlement and or a trial verdict for a client in excess of $1 million.

When you are thinking of retaining an attorney, it is a good idea to learn about them and their practice. Find out about mine on the following pages: