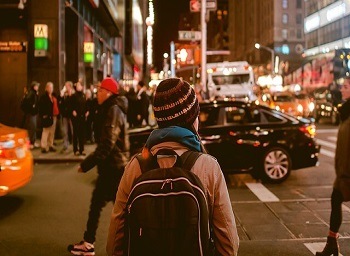 I’m Ed Smith, a Sacramento car accident and personal injury lawyer. A recent collision at an intersection in South Sacramento caused injury when a car ran through a red light and T-boned another vehicle. The vehicles ended up on the right-hand side with moderate damage to one. It is unknown whether alcohol or drugs was a factor in the crash at this time. The incident was investigated by officers with the California Highway Patrol (CHP).

The collision occurred as a silver Mustang was passing through the intersection at Florin Road and Excelsior Road, north of the WildHawk Golf Club, at about 8:50 in the morning. The driver of a red Honda van, reported by the CHP as traveling at least 45 mph, ran the intersection stop sign and broadsided the Mustang. Even though airbags in the vehicles deployed in the collision, an injury may have occurred. It is unknown at this time what the extent of the injury was or whether that individual was transported to a hospital for treatment. Emergency medical technicians were called to the scene.

Most accidents with motor vehicles that happen at intersections are caused by errors on the part of one of the drivers. However, there are a few tips that can lessen the risk of an accident at an intersection. These include:

About 40 percent of all motor vehicle accidents occur at intersections. While most of them are due to errors by drivers, some may be attributed to negligence by a government entity in maintenance or in the design of an intersection.

The National Highway Traffic Safety Administration reported 956 fatalities at intersections in California during 2016. In 2015, the annual report of the California Office of Traffic Safety described more than 1.2 million convictions for speeding in the state. More than 237,000 were cited for talking on a cell phone while driving. Over 31,000 were texting while driving.

I’m Ed Smith, a Sacramento car accident and personal injury lawyer. Intersection accidents often cause severe injuries and property damage. If you or someone you love has been injured in this type of collision, I can offer you free and friendly advice. Give me a call at (916) 921-6400 for help. You can also contact me at (800) 404-5400.

In my 36 years working as an injury lawyer, I have assisted numerous Sacramento residents in obtaining fair compensation for personal injuries and in wrongful death cases.

The following links display some of the comments left by prior clients and a few of our previous cases:

I am a Million Dollar Advocate member from California. This is a forum of trial lawyers who have earned verdicts or settlements for past clients that exceeded 1 Million Dollars.