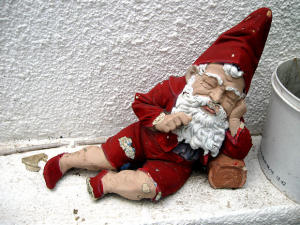 It starts with Thanksgiving, then Christmas, then New Year’s Eve – the triad of big winter holiday celebrations that each year give us pretty decorations, family gatherings, gifts, parties … and a significant increase in drunk driving incidents.

Impaired driving is a problem all year round, of course, but understandably, there is an increase in DUI arrests every year during this time.  The factors are multiple:

*  The weather is cold and it gets dark early – this can lead to an increase in drinking.
*  People that may rarely drink alcohol may during the holidays due to its continual presence.
*  Office parties, family gatherings, with most of these events including alcohol.
*  Police in California use DUI checkpoints more frequently around holidays which result in more arrests.

While the increase in arrests does not necessarily correlate to an increase in injury or fatality causing DUI accidents, it is wise to use common sense and realize that there is an increased likelihood of you sharing the road with an impaired driver and there are things you can do to decrease your chances of being involved in an accident with one of them.

Recognize a suspected impaired driver.  Look for the following signs of impairment:

*  Wide radius turns
*  Driving unusually close to the shoulder or middle lane marker
*  Weaving within the lane
*  Swerving without reason or near-misses with objects or other vehicles
*  Driving unusually slow (i.e. more than 10 mph below speed limit)
*  Stopping without cause or inappropriately and/or erratic braking
*  Delayed response to traffic signals

If you suspect that a nearby driver is impaired:

*  Keep your distance from the suspect vehicle, and drive defensively.
*  Notify 911 or a specially designated local number to report suspected drunk drivers.
*  Do not attempt to follow or stop the vehicle.

Avoiding late night driving, especially on weekends or holidays, when possible.  Obviously, if you are planning on a festive evening out, make arrangements for a designated drive, taxi or other car service.  If you are out with a friend who has had too much to drink, take care of them and make sure they do not get behind the wheel.

If you or someone you know has been injured in an accident involving a drunk or impaired driver, call me now at 916.921.6400.

You can find out more about our office by reading either Yelp or on Avvo, the attorney rating site.