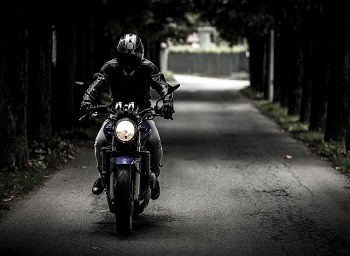 How to Practice Lane Splitting Safely

I’m Ed Smith, a motorcycle accident lawyer in Sacramento. Lane splitting, filtering, white lining or lane sharing are all terms used in California when a motorcyclist rides between the lanes of traffic. California is the only state that allows this practice. However, the question remains of how to lane split safely.

Lane Splitting by Motorcycles in California

Under California Assembly Bill 51, which was approved and filed in August 2016, lane splitting was defined. The bill also authorized the development of guidelines by the California Highway Patrol (CHP) for the safety of both motorcycle riders and those in other vehicles who are sharing the roadway. While the CHP did publish some guidelines, they have since been removed. Representatives of the CHP reported that they intend to work in conjunction with different organizations for motorcycles to help define safe and unsafe behaviors while lane splitting.

Motorcycle accidents frequently result in traumatic injuries. This is because of the lack of protection afforded a motorcycle rider, particularly when involved in a collision with a larger, heavier vehicle. An experienced injury lawyer can assist by examining the evidence in a collision and conducting an investigation to build a strong case for fair compensation. Seasoned injury lawyers have a wide range of techniques to build a case, from using accident reconstruction and using witness accounts and police records, among other things. While financial compensation does not make up for a motorcycle rider’s injuries, it does help remove financial worry. Areas that are covered that can be reimbursed include medical expenses, lost wages and other costs associated with the crash.

Even if the motorcyclist is partly at fault, California is a comparative negligence state under California Civil Code 1714(a). This means that each individual involved in a crash is responsible for that portion of the accident they caused. For example, if an injured person is found to be responsible for 20 percent of an accident, he or she would still be able to collect 80 percent of an award.

I’m Ed Smith, a motorcycle accident lawyer in Sacramento. Motorcycle accidents can have tragic consequences that cause terrible injuries or result in the death of a loved one. If you have suffered an injury through the negligent actions of another, please give me a call at , for free and friendly advice. Outside the Sacramento area, call (800) 404-5400.

Checking reviews of a legal practice before phoning is a good idea. You can find reviews of mine at Avvo, Google and Yelp. You are welcome to look over some of our prior cases and their results at the Verdicts and Settlements page, located on my website.

Attorneys who have obtained verdicts or settlements of One Million Dollars or more for clients are eligible to join the Million Dollar Advocates. I’m a California member of this nationwide group.

Since 1982, I have served the residents of Sacramento and Northern California to obtain compensation for catastrophic injuries such as brain injuries, in wrongful death cases and in other types of personal injuries.

Photo Attribution: By SplitShire via Pixabay