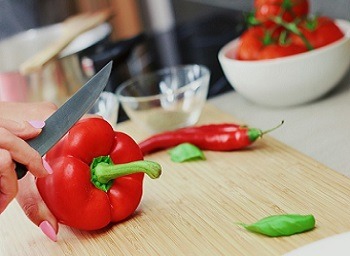 Food Poisoning Deaths Can Be Prevented

I’m Ed Smith, a North Highlands wrongful death lawyer. Food poisoning causes numerous illnesses each year. It causes thousands of death in the United States too. The culprits can be found at every level in the food chain from livestock holding areas to your kitchen counter. While home cooks can learn to protect their family with good food-handling techniques, diners are at the mercy of restaurant food preparers and personnel.

Food poisoning is caused by a variety of bacteria and viruses. The most common are:

Food poisoning is the reason for approximately 325,000 hospitalizations and about 5,000 deaths, according to the Centers for Disease Control and Prevention. Common ways to become ill outside of the home is through unsafe handling of food in restaurants and in prepackaged food. Restaurants are required to follow strict hygiene practices, however, many do not. For instance, food handlers who are infected should not be allowed to handle food, from chefs to servers. Some food preparers fail to keep raw foods separate, and clean surfaces where raw foods were manipulated. Strict hand washing and food prep techniques to decrease the spread of disease should be monitored by the establishment.

Filing a Claim for Compensation When a Family Member Dies

When a facility fails to utilize proper preventive strategy to avoid food poisoning, the owner/person-in-charge is failing in their obligation to guests. If a family member dies as a result of food poisoning, the survivors have a right to file a wrongful death claim. This will help the family deal with medical costs as well as funeral and burial expenses. In addition, if the decedent suffered prior to death, as many people do, the family can also file a survivor’s action on the deceased’s behalf. In this, the family claims personal injury to the decedent prior to death.

I’m Ed Smith, a North Highlands wrongful death lawyer. If a restaurant or other facility fails to use established methods of food poisoning prevention, they are negligent in their duty to the public. When a family member dies due to this negligence, you need an experienced injury lawyer at your side. Call me at (916) 921-6400 for friendly and free advice. You can also reach me at (800) 404-5400 toll free or online.

I’ve assisted residents of North Highlands since 1982 to obtain just compensation for injuries from bicycle and auto accidents as well as pedestrian incidents and motorcycle crashes.

I appear in the forum for the Million Dollar Advocates. This is a group for trial lawyers who have obtained settlements and verdicts for a minimum of $1 million.

You can find the the results I’ve provided clients on the verdicts and settlements page of AutoAccident.com, my website.

Find out more about my legal practice on Avvo, Google and Yelp.