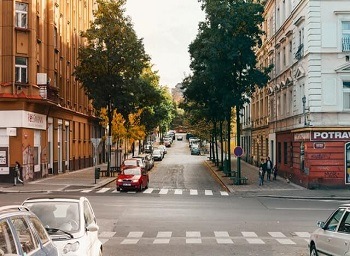 Folsom Dangerous Intersection –  A Folsom dangerous intersection will probably improve when drivers become accustomed to the changes made in the roadway. Until then, exercising more care is an excellent idea to help avoid an accident. Because of a number of near misses on East Bidwell Street near the entrance to Sutter Middle School, the city is discussing if more signs placed at the intersection might help.

Details About the Folsom Dangerous Intersection

Many motorists have been craning their necks and honking their horns when turning at East Bidwell Street and Coloma since construction was completed at the intersection. Before the changes, drivers going north at East Bidwell were allowed to use two lanes to make a left to Coloma. However, Sutter Middle School now has a new entrance, and lights and crosswalks have been installed as well as a third lane where drivers can only go straight or make a right-hand turn. That’s a big change from before, and local drivers haven’t gotten accustomed to the new routing yet, so it remains a dangerous intersection. The assistant principal at the school believes motorists will get used to the changes and that the changes will make it safer for the students.

According to the Federal Highway Administration, over 50 percent of injuries and fatalities from accidents occur at intersections. Statistics show that a Folsom dangerous intersection makes it more likely to be involved in a collision, despite an advance warning to motorists of changes in the roadway. However, in areas where large numbers of people and motor vehicles congregate such as schools, it is important that the area roads be designed to be as safe as possible.

Road Defects That Can Lead to a Folsom Dangerous Intersection

It is the responsibility of a government entity, whether city, county or state, to make roads safe for users. If the design is defective and leads to accidents, the road is poorly maintained or lacks signs or a government employee is negligent, it can lead to a collision. A lawyer who is experienced in claims against government entities can investigate a collision caused by defective design or poor maintenance and help you obtain fair compensation for your injuries. Because the timeline for filing against a government entity is much shorter than that for other personal injuries, it is important to address the need for compensation as early as possible.

How to Avoid a Folsom Dangerous Intersection Accident

Accidents at intersections are generally caused when someone runs a red light or stop sign, makes an illegal turn or goes outside their lane. Knowing how to exercise more caution at intersections may help keep you safer.

I’m Ed Smith, a Folsom Car Accident Lawyer. When you or your loved one sustains an injury because of a negligent driver, you face mounting medical bills, time off work and other expenses. For free and friendly advice, please contact me at (916) 921-6400 or toll-free at (800) 404-5400 for help. You can also reach me at our online contact page at AutoAccident.com.

I’ve helped Folsom residents and other Northern Californians with obtaining compensation 36 years in areas such as wrongful death, all types of motor vehicle collisions and brain injuries.

As a long-time member of Million Dollar Forum, I join with other top trial attorneys from around the country who have obtained a settlement or case verdict for a client in excess of $1 million.

To find out more about my practice, read client reviews and look at some of our prior cases and how they concluded at: