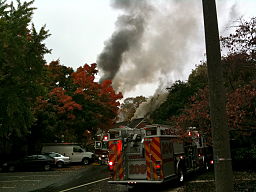 I’m Ed Smith, a Sacramento Personal Injury Lawyer. Authorities reported that a small private airplane was involved in a fatal crash at the airport in the town of Columbia, California. Columbia is a town located in Northern California in the county of Tuolumne. The crash happened on Wednesday, July 27, 2016.

The Youtube Video that follows describes the preliminary public information that was made available regarding the crash that occurred on Wednesday. The video includes the make and model of the airplane, where the plane went down and information regarding a vehicle that was hit and the fire that ensued:

Sadly, all four occupants on the airplane, including the pilot, passed away as a result of the crash. The victims have been identified as:

The Tuolumne County Sheriff’s Department stated the plane was carrying a group of four family members from Sonora. The pilot was travelling with his wife, mother and step-father. The pilot and his wife are the parents of three children.

We extend our sincere condolences to the friends and family of those who passed away in this terrible tragedy.

The Tuolumne County Sheriff said the plane crashed while trying to land on a runway but ended up veering to the left.

It was also reported that a fuel truck was in the area of the runway.

Authorities arrived at the scene to find the Cessna 310 aircraft fully engulfed in flames.

The crash also sparked a small vegetation fire. Crews were able to extinguish the fire quickly.

No one on the ground was injured according to authorities.

Investigators from the National Transportation Safety Board (NTSB) have arrived at the scene. They are now charged with the task of trying to determine what caused the crash.

The National Transportation Safety Board is an independent Federal agency assigned by Congress to investigate every civil aviation crash in our country. The NTSB also investigates accidents occurring in other various modes of transportation – marine, highway and pipeline. The NTSB has the task of determining the probable cause of these accidents. Once cause is determined, safety recommendations are made aimed at preventing future accidents. The NTSB also performs special studies about transportation safety and helps coordinate resources of the Federal Government and other agencies to give assistance to victims and their families impacted by significant transportation disasters.

I’ve been helping Northern California accident victims and their families recover compensation for their wrongful death and personal injury cases for more than 30 years.

Read some of my customer and peer ratings on Yelp, Avvo and Google.

I am a member in the Million Dollar Advocates Forum. This is a forum of experienced trial attorneys who have case verdicts and settlements exceeding 1 million dollars.

Look at some of my Past Verdicts & Settlements here.