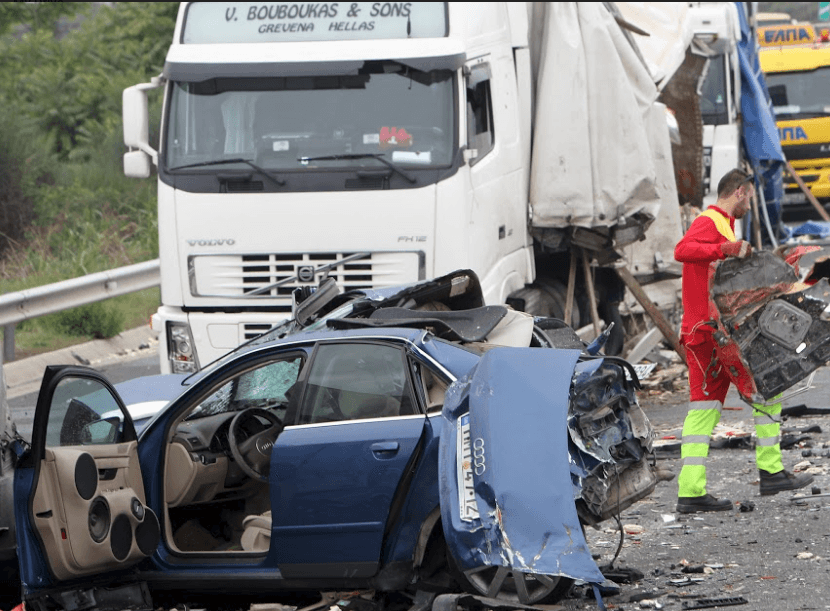 I’m Ed Smith, a Fairfield car accident lawyer. A car accident involving a passenger vehicle and big-rig truck left one man with fatal trauma on Saturday, August 11, 2018. California Highway Patrol (CHP) officers reported that the accident took place on a highway located in the Yuba Sutter area. The name of the deceased man, who was only identified as an elderly Fairfield resident, has not yet been released by county authorities pending the notification of his family. My condolences are sent out to the friends and family of the deceased during this hard time.

CHP reports state that the crash took place just after 2:00 p.m. on Highway 99 near the community of Nicolaus. A 64-year-old resident of Sacramento had been driving a 2010-model Freightliner tractor-trailer southbound along the highway to the north of the intersection at Powerline Road. Meanwhile, the Fairfield man had been driving north on the same road to the south of the intersection.

The Fairfield man reportedly tried to perform a U-turn out of the highway’s number 2 lane. The turning maneuver left the man’s vehicle in the path of the oncoming big-rig and the two vehicles crashed into each other. Reports state that the force of the impact caused the Fairfield man to be thrown out of his vehicle.

When responders got to the collision scene, they found that the Fairfield man had been seriously injured. Sadly, his injuries were too severe for treatment and he was declared deceased by officials at the location of the crash.

The driver of the big-rig reportedly received minor trauma during the crash. The man was taken to the UC Davis Medical Center in Sacramento so that he could be given treatment and screened for further injuries.

According to CHP, the Powerline/Highway 99 intersection was closed down for six hours while cleanup crews removed highway debris and investigators gathered information. As of Monday, August 13, 2018, investigators had not stated any particular factors that they believe to have caused the crash.

Being involved in an accident with a big-rig truck is extremely dangerous. These massive vehicles are difficult to operate and can easily cause major damages in the event of a crash. Trucking companies know this and are usually prepared to begin legal work directly after a crash takes place. For this reason, calling a lawyer as soon as you can after a trucking accident is important. Having a lawyer on your side can stop trucking companies from disclaiming their responsibility for the crash.

I’m Ed Smith, a Fairfield car accident lawyer.  The results of a crash are often devastating. If you’ve lost a person you love due to an auto accident, get in touch with me at (707) 564-1900 or (800) 404-5400 for free, friendly legal advice about your available options. You can contact me online as well.

I have been helping families and individuals in Fairfield to recover for losses after cases of wrongful death and personal injury for more than 36 years.

I am proud to be a Million Dollar Advocates Forum trial lawyer. Attorneys of this forum have won or settled a case that exceeded $1,000,000 in value.

Check out my past Verdicts and Case Settlements.

Read what my clients say about me on: