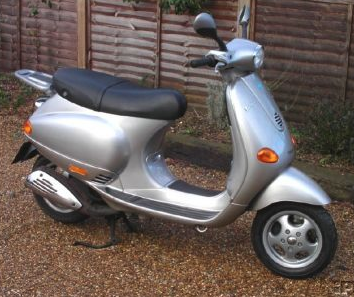 I’m Ed Smith, a Fairfield car accident lawyer. A collision that took place on a rural road in Fairfield on Saturday, September 23, 2017, involving a motor scooter resulted in fatal injuries for one individual.

Fairfield Police Department (FPD) authorities reported that the accident occurred sometime before 8:15 p.m. on Manuel Campos Parkway close to the intersection of Clay Bank Road. A man was reportedly driving his scooter along the ill-lit road when he was struck by a vehicle. The impact of the collision threw the man off of his scooter and onto the roadway.

Authorities indicated that, by the time they had arrived at the collision site, the vehicle that struck the man had left the scene of the accident, making this incident a case of hit-and-run.

Authorities were first notified of the accident by a caller who saw the scooter driver lying unconscious in the roadway. After finding the driver of the scooter in the road with serious traumatic injuries, emergency responders including personnel from both FPD and the Fairfield Fire Department attempted to administer medical aid. However, his injuries were too severe and authorities soon pronounced him dead at the scene of the collision.

The identity of the deceased has not yet been reported pending his family’s notification.

Our sincere condolences go out to the deceased’s loved ones.

So far, FPD has not been able to determine the identity of the driver who struck the fatally injured scooter driver but is conducting an ongoing investigation. Officers noted that they do not suspect the driver of the scooter to have been intoxicated at the time of the accident.

Individuals who think they may have information pertinent to this incident have been asked to contact the FPD Traffic Bureau by calling (707) 428-7300, the Solano CrimeStoppers at (707) 644-7867, or the all-hours tip number, (707) 428-7345. People with information can also send text messages to FPD by typing “Tip FairfieldPD” followed by the body of their message and sending the text to 888777.

FPD has stated that those providing information can remain anonymous and are greatly appreciated.

Hit-and-run accidents are on the rise across the U.S. and have been for over a decade. The problem affects more and more people and yet, many aren’t sure of what to do when it happens.

If you are involved in a hit-and-run accident the first thing you should do is seek medical attention for your injuries. Many people who are injured in hit and runs are hesitant to do so because they are unsure of how their medical bills will be paid when there is no responsible party to hold accountable. However, not only should your well-being be first priority, but refusing treatment initially can cause courts and insurance adjusters to doubt your claim’s validity.

Residents of Fairfield seeking to recover for damages due to wrongful death and personal injury have trusted me to help them reclaim what they rightfully deserve since 1982.

I’m a Million Dollar Advocates Forum member. Forum memberships are for trial lawyers with past verdicts or settlements worth at least $1,000,000.

My website, AutoAccident.com, is Northern California’s best site for reliable and current info on personal injury and car accidents.