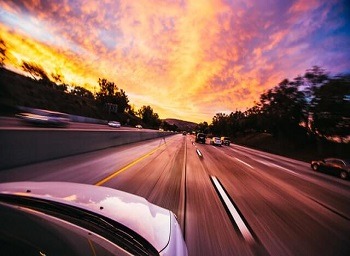 Drowsy Driving Is a Leading Cause of Car Accidents

I’m Ed Smith, a Sacramento car accident and personal injury lawyer. Accidents caused by drowsy driving are surprisingly common. According to the American Automobile Association, using dash cam videos to compile study statistics, about 9.5 percent of car collisions are caused by drowsy drivers. This is a much higher estimate than what was concluded by previous studies. Subjects used in the study were ordinary drivers, and researchers examined video footage from 700 accidents by studying the faces of their subjects for several minutes prior to impact.

Would You Be at Risk for Drowsy Driving?

While anyone can be at risk for drowsy driving, those who have certain characteristics are more likely to get sleepy while on the road and cause an accident.

What Are the Signs of a Drowsy Driver?

According to a poll by the Sleep Foundation, 60 percent have admitted driving while feeling sleepy. Thirty-seven percent said they had fallen asleep while behind the wheel of a car. However, many people do not realize they are getting drowsy and may exhibit some of the following signs:

Drowsy driving can be difficult to prove since there is no test that checks for this condition like there is for drunk or drugged drivers. However, evidence at the accident scene may show that a drowsy driver caused the crash. For example, lack of skid marks shows that the driver did not attempt to apply the brakes before a collision. Since a normal driver would, it can be shown that the individual behind the wheel was most likely asleep when the crash occurred. In addition, witness accounts or videos can corroborate that the driver was most likely asleep prior to the collision.

An attorney who is experienced in all types of motor vehicle accident causes, including drowsy driving, can examine the evidence by using crash reconstruction techniques. He or she can also look over the police report, eyewitness statements and video footage of the crash. In this way, a seasoned attorney can prepare a strong case for fair compensation for the injuries incurred in an accident.

I’m Ed Smith, a Sacramento car accident and personal injury lawyer. If a drowsy driver caused your accident injuries, I can offer you free, friendly advice about your case. I can be reached at (916) 921-6400 in Sacramento or at (800) 404-5400 outside the area.

If you are seeking legal representation, you may want to look over a list of some of our earlier cases and reviews by clients at:

I belong to the Million Dollar Forum, a group reserved for trial lawyers with million dollar client verdicts or settlements.