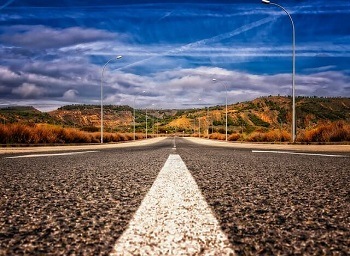 Driver Fled Following Elk Grove Accident. An Elk Grove traffic accident that occurred recently between two vehicles caused one of the cars to go off the south side of Twin Cities Road. Injuries were reported in the crash, and emergency medical personnel were called. According to the California Highway Patrol (CHP), one of the parties involved in the accident fled into a vineyard before the unit arrived. The nature of the person’s injuries has not been revealed by authorities.  It is unknown at this time whether that person was apprehended by the police or the reason the individual ran away.

What Happened in The Elk Grove Traffic Accident

The collision happened shortly before 4:30 in the afternoon just west of Dierssen Road between a gray sedan and red Mazda SUV. One of the drivers was able to exit his or her vehicle and did not appear to be injured. The gray car went down an embankment and was visible from the road, while the Mazda was left blocking the eastbound lane of traffic. A tow truck was called to remove at least one of the vehicles.

Like the Elk Grove traffic accident, collisions that involve two vehicles occur commonly and are mostly due to driver error. While many of these types of car accidents are minor, others can cause serious injuries, particularly those that occur at higher speeds. Among the many reasons for two-vehicle collisions, the following are common:

Compensation for a Car Accident Injury

Once a fault has been established, the injured person can claim the following expenses:

I’m Ed Smith, an Elk Grove car accident lawyer. Although some two-vehicle accidents are caused by outside forces such as a road defect, most happen due to negligence. If you or a loved one suffered injuries due to a negligent driver, an experienced car accident lawyer can help you obtain fair compensation to pay medical bills, time away from work and other expenses. I can offer you free and friendly advice if you call me at (916) 694-0002 in the Elk Grove area or (800) 404-5400 for long-distance callers.

I belong to milliondollaradvocates.com, a forum established for trial attorneys who have won a verdict or settlement for a client in excess of $1 million.

Learn more about some of our prior cases and what former clients have had to say at the following links: