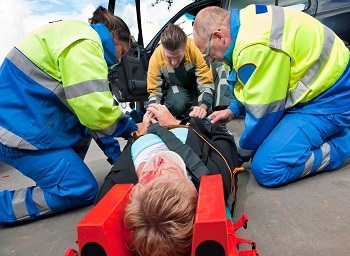 I’m Ed Smith, a Roseville personal injury lawyer. When you are injured in an accident, you may be entitled to collect the monetary value of the injuries you suffered, the wages you lost and the cost of any property that was harmed. Taken as a whole, such losses are called damages. Since you are compensated for the damages when you file a claim or go to court, they are commonly called compensatory damages. Let’s look at the different categories of compensatory damages and what they cover, how proof is provided and what it involves if someone dies.

Economic damages include the following:

Sometimes, the need for medical intervention is not limited to the time period immediately after the accident but continues for months or years. This usually occurs with life-changing events such as traumatic brain injury or spinal paralysis. A seasoned personal injury attorney will factor the cost of such care along with input from medical experts into future medical costs due to the accident. If this is not done and the case is settled, the cost of such therapy will not be paid for by the insurer/negligent party. The injured person will instead be forced to shoulder the cost of future care themselves.

What Are Non-Economic Damages?

How Do You Prove Economic Damages?

Economic damages are relatively straightforward, and proof is provided by bills, salary logs, and receipts. If future medical care and permanent disability are factors, experts are usually used to provide data to prove the monetary loss.

Since non-economic damages deal with intangible, subjective loss that varies from person to person, it is not as simple to prove. For example, some, such as scarring or disfigurement, are more obvious. Yet, determining the measure of what this does to a person often requires expert testimony from a psychologist to serve as proof. Some considerations include the seriousness of the injury, recovery time and whether or not the effects of the injuries are permanent or not.

In some cases, personal injuries are part of a lawsuit that follows a person’s death. It is called a survival action and can accompany a wrongful death lawsuit. A survival action covers that period of time after the person was injured up to their death. This lawsuit allows the family to stand in the person’s place, and file a claim against the negligent party for medical costs, pain and suffering, and the anguish that comes with knowing that you are going to die.

I’m Ed Smith, a Roseville personal injury lawyer. If you were injured by a negligent party, you are entitled to receive compensation for your injuries. Call me at (916) 921-6400 or (800) 404-5400 for friendly, compassionate and free advice.

I’ve been practicing law for more than 36 years in Roseville and the Northern California area. In this time, I have helped individuals who have been hurt in all types of accidents. I’ve also helped families file wrongful death lawsuits.

If you want to know more about me and my practice, look at what my peers and clients have to say as well as how I resolved other cases on the following pages:

I belong to the milliondollaradvocates.com. We are a nationwide group of trial lawyers who have won more than $1 million for a client.