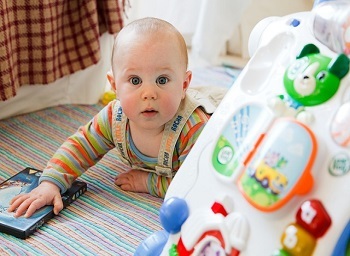 I’m Ed Smith, a Citrus Heights wrongful death lawyer. Toys are an exciting part of childhood, yet in some cases toys have been implicated in childhood injury and death. While parental supervision is vital, children can be injured or killed in minutes. Some of the threats to child safety are examined below.

According to the Consumer Protection Safety Commission, in the years 2012-2015, 38 children under 15 years died due to toy-associated hazards. The numbers are based on the cause of death found on death certificates. However, due to inconsistency in reporting, the actual numbers are thought to be higher.

Of the 38 deaths, the highest numbers were related to non-motorized scooters where children were killed by motorists. Aside from one child, all were killed on roads in residential areas and apartment complexes. The next highest number were killed due to asphyxiation from balloons and strings that were over a safe length, usually seen as 12 inches for toddlers. These are followed by toys with loose, small parts that are swallowed and cause choking deaths. A current example is the Fidget Spinner. Choking can also lead to hypoxic brain injury.

Ten Most Dangerous Toys in 2016

Good Housekeeping has published its annual report on the 10 most dangerous toys. In 2016, these were:

According to Seattle Children’s Hospital head of emergency medicine, trampolines and bounce houses can cause serious injury and death, particularly for younger children. Moon bounce units accounted for 12 deaths.

A spokesperson for the CPSC reported 11 fires associated with Hoverboards in 2015. There were multiple reports of injury with many requiring emergency room care. The injuries can result in severe burns. The fires are caused by a problem with the battery circuit used for charging. A professor at Carnegie Mellon University said that some hoverboards use substandard batteries that overheat when the batteries are fully charged due to design defects. For more information regarding injuries suffered by any of the items discussed above, contact an experienced wrongful death lawyer in Citrus Heights.

I’m Ed Smith, a Citrus Heights wrongful death lawyer. If a family member has been killed by a poorly designed toy or one that was improperly labeled, you may be able to file a wrongful death claim. Losing a life because of a manufacturer’s negligence negates the trust consumers should be able to have in products they purchase. Call me at anytime for the help a seasoned injury lawyer can provide. If you are out of the area, call me at (800) 404-5400 or contact me online at AutoAccident.com, my website.  I offer friendly and free advice.

For over 35 years, I’ve assisted those in Northern California, including Citrus Heights, with personal injury and motorcycle, pedestrian and truck accidents. I’ve also helped in other catastrophic injuries such as traumatic brain injury, to ensure my clients received just compensation for their injuries.

You might want to see what others have said about my practice. Go to Avvo, Yelp and Google.

If you are interested in how I’ve resolved cases for other clients, stop on my settlements and verdicts page.

I belong to the Million Dollar Advocates. We are a group of trial attorneys who have won $1 million or more for clients.