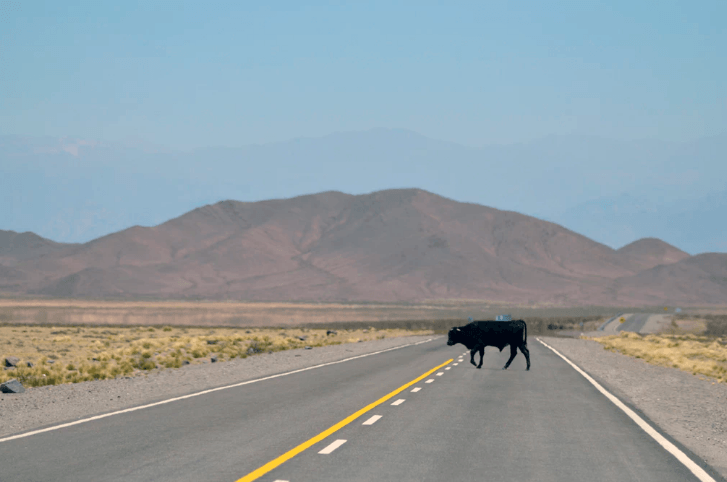 Cows Cause Eureka Area Crashes – According to local authorities, loose cows were the cause of a series of collisions on Highway 101 just south of Eureka between the night of Tuesday, August 28, 2018, and the following morning. Area California Highway Patrol (CHP) officers reported that one of the collisions left an individual with serious injuries. The injured person was involved in a crash caused by the cows on Tuesday night and was identified as a resident of the nearby city of Fortuna. Medics at the site of the accident reported that the teenager was hospitalized, but updates on her condition and ongoing recovery have not yet been reported.

CHP said that the teenager was injured in the first crash to involve the group of cows. Officers said that they had been receiving calls about the animals blocking the roadway along Highway 101 near the exit for Loleta Drive as early as 6:00 p.m. Officers initially assisted the owner of the cows to herd the animals off of the road and back through an opening in a nearby fence. However, just after 8:00 p.m., CHP received a call reporting a vehicle accident at the same location.

Collision reports stated that Alexandria Sae Lim, the Fortuna teenager, had been driving south from Eureka when she collided with two cows standing in the middle of the roadway. Responders said that they found her with major injuries and had her taken by ambulance to the Eureka St. Joseph’s Hospital. Additionally, officers noted that one of the animals was killed as a result of the crash. Several nearby citizens reportedly assisted officers with removing the animal from the road.

After the animals were removed from the roadway for the second time, another one escaped and caused a semi-truck collision. The accident caused the truck to overturn and spill out its load of scrap metal across southbound lanes of 101. This crash took place at about 2:00 a.m. and officers have not yet stated whether or not the truck driver was injured.

CHP reported that the scrap metal lying in the roadway caused at least two additional accidents, none of which caused any injuries. All southbound highway lanes were closed to traffic for several hours while workers removed debris from the road. CHP also stated that the Humboldt County Sheriff’s Department would be contacting the owner of the animals. Officers say they are “working with responsible parties” to make sure that the cows do not escape again.

If you’d like to learn about my work history, view my Verdicts and Settlements. You can also read reviews from my past clients on these third-party websites:

I’m in the Million Dollar Advocates Forum. Membership in this group means that you’re a U.S. attorney with a past successful settlement or verdict worth $1,000,000.

AutoAccident.com is the top Northern California website for getting news, information, and data about local car accident and personal injury topics.