The “coming and going” rule is an important concept in many motor vehicle accidents. It’s used to determine whether or not a worker who is injured in a motor vehicle collision while traveling to or from work may be covered by their employer’s workers compensation benefits for their own injuries, as well as whether their employer’s liability insurance coverage may apply to other people injured in the accident when the worker is responsible for causing the crash. 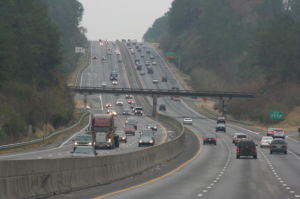 The Coming and Going Rule in General

Generally, the coming and going rule (sometimes cleverly called the going and coming rule) basically says that a worker is usually not covered by their employer’s workers comp or liability insurance when in the course of their regular commute to and from their regular workplace. If a worker is injured in this type of situation, then they must look to their own automobile insurance and the policies of other people involved in the accident to find coverage for their own injuries or for injuries they have negligently caused to other people.

Exceptions to the Coming and Going Rule

The coming and going rules will also not apply to employees who are paid for their travel time as part of their work arrangement. Being called to work at an irregular time may create an exception to the rule, and an employee who is performing an errand for their employer while on their way home, may still be covered by the employer’s insurance even after they have completed the errand but haven’t yet reached home. 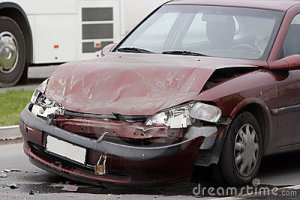 The coming and going rule can have several important implications for people injured in motor vehicle collisions. For a worker who is injured, knowing whether or not the workers compensation benefits from their employer may be available is very important, especially if the workers has inadequate health insurance coverage or their injury was caused by another party who has inadequate automobile liability coverage to deal with the worker’s injury. Where workers comp is available, the worker may want to pursue a claim under work comp, under the liability coverage of the person who caused their injuries, or both. The decision-making process for this is often not simple, but the first step is knowing what coverage — including workers comp — is or isn’t available.

For a person who has been injured by the negligence of a worker who may have been “on the job” at the time they caused an accident, having that negligent worker fall under one of the exceptions to the coming and going rule may make their employer’s liability insurance — typically with a significantly higher coverage limit than a personal auto liability policy — available to cover the injury victim’s damages.

If you or a loved one has an injury in a motor vehicle collision — especially one where an employer’s workers comp or liability insurance coverage is in question — call me now at 916.921.6400.

You can find out more about our office by looking for us either on Yelp or on Avvo, the attorney rating site.1