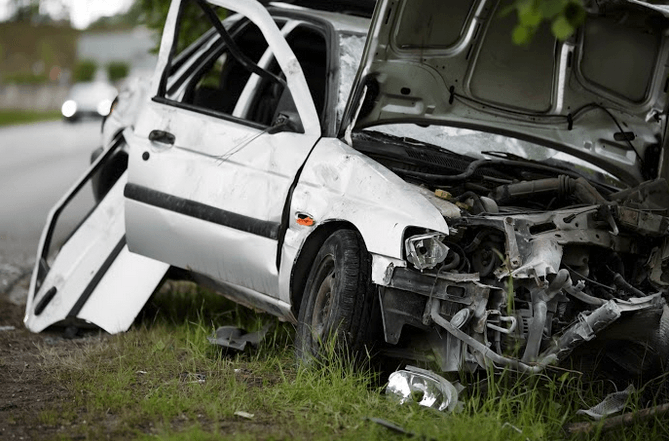 Fatal Chico Highway Accident – Chico area California Highway Patrol (CHP) officials reported that a serious area crash took place on Tuesday, October 23, 2018. The collision occurred on a highway location near Chico and left one driver with injuries that tragically cost him his life. Officers stated that the accident only involved a single vehicle and that they were able to identify the fatally injured man. However, the man’s identity is currently being withheld by county officials and will be released after his family is notified about the collision. My sympathy and support are with those who have lost a friend and family member due to this terrible accident.

Police say that the crash took place on Highway 99 close to the Rio Lindo Avenue exit. A man had been driving alone in a white pickup truck and was heading south on the highway at about 6:40 a.m. For unknown reasons, the man’s vehicle drove off of the road and struck an embankment, coming to a stop behind the veteran’s hall on Rio Linda Avenue.

Officials who assisted with accident response reported that the driver of the pickup truck was found with serious injuries at the scene of the crash. Sadly, medical responders were not able to help him, and the man passed away before he could be taken to a hospital.

CHP says that investigators are currently looking into the crash, but that the circumstances that led up to the incident are currently not understood. Officers indicated that it is possible that another vehicle was involved in the crash, but drove away from the area. However, no suspected factors have been confirmed. Factors that often cause collisions like this are various and include medical emergencies, faulty car parts such as steering or brake systems, and more.

In some cases, an accident is caused by a vehicle that never even makes contact with other cars involved in the collision. This can happen when someone makes an unsafe turn, is following another driver too closely or fails to indicate before suddenly changing lanes. These types of crashes are typically referred to as “phantom vehicle” accidents.

When a phantom vehicle is the cause of an accident, injured parties and their families are often worried about how they will be able to pay for their losses when they aren’t able to hold the reckless driver responsible. However, when a negligent party can’t be found, people are often able to recover money through “Uninsured/Underinsured Motorist Coverage.” These coverages are an optional part of insurance policies, and the amount that can be claimed through them differs depending on your particular policy and insurer.

Choosing an Attorney for Wrongful Death in Chico

Finding an attorney to help you with a wrongful death case can seem daunting, but there are a few simple things to look for. To learn more about finding a good attorney, take a look at the below video:

Residents of Chico have trusted my help with reclaiming fair payments in wrongful death and serious personal injury cases since 1982.

Read some of my Verdicts and Settlements.

Take a look at the reviews my clients have written about me:

I’m a part of a U.S. group of trial lawyers who’ve won or settled a case that had over 1,000,000 dollars in value, the Million Dollar Advocates Forum.